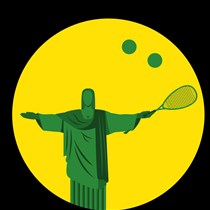 Squashinhos is a sports and educational development project which helps suffering children from the community of Rio De Janeiro. Three times a week we give English and squash lessons to the kids. As everybody knows the communities in Rio De Janeiro suffer due to a lack of social projects and with the creation of the Squashinhos we will create a social and healthy learning environment for these children, opening their eyes to another world.

We don’t just want to form athletes, we want to help children enter the workforce and graduate from high school. Which will give them a secure future away from drugs and weapons

Squash was created in England in 1860. It is played in 100 countries with more than 15 million people who play. Squash is growing extremely quickly in the United States and is already massive in the majority of major universities. It was chosen as the healthiest sport that exist as it burns the most calories by the Forbes journal. In Brazil squash is played in various states and has it’s been accepted by the Brazilian confederation. The economic instability keeps the children of the favelas at risk of social exclusion. Squash, as any other sport, has the power of integrating people into the society.

It's the city with the most communities in the whole of Brazil, where more than 2 million residents live there. Unfortunately the government turns a blind eye to the favelas which means they are struggling to cope. There is an extremely high number of children on the streets working with drug cartels with weapons in their hands. These kids need access to a better education not only to help their future but to change the future of Rio De Janeiro.