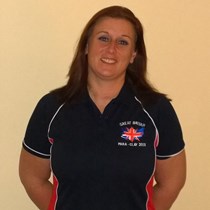 Weʼve raised £0 to help me get to the Disabled Clay Target Shooting World Cup and further.. hopefully the Paralympics!

I am a disabled clay shooter. Over the last 9years in the clay shooting world there have been trial events to show that people with varying disabilities are safe with shotguns. These events have been attended by shooters from across the world, and mostly been run by FITAV, the Italian equivalent to the CPSA. Using ISSF rules. I've managed to scrape together enough money to go to the last four trial events in Italy. And am now hoping to compete succesfully in the second Para-clay World Cup in October. I missed the one in 2017 due to an old wrist injury. I felt unsafe holding the gun, and wasn’t prepared to put anyone in danger if I’d dropped it or similar. I have hopes to go on to the Paralympics if/when they include the discipline.

However, this is all self-funded due to para-trap not yet having an official place at the Paralympics thus sporting grants are minimal, making training expenses ahead of the competitions alongside flights, entry fees, accommodation and cartridges extremely expensive- particularly on an 8 hour a week part time job budget.

Backstory...I injured my leg badly in 2009 riding a friends horse. I had something called Compartment Syndrome and needed emergency surgey to save my leg. In hindsight I wish they had taken it off then. I now have an illness/condition called CRPS (complex regional pain syndrome) it's not very well known and is incurable. Sometimes nicknamed the suicide disease. And unfortunately am now waiting and praying for them to amputate from below the knee, in the hope that I'll be pain free.

I’m again currently on the waiting list at Salisbury hospital, the surgeon I‘m under is an orthapedic plastic surgeon who really knows her stuff, but its taken 10 years of hell to finally get to the right place. I’ve done pain management courses in Poole, Bristol, London, and Bath. I have a spinal cord stimulator fitted, a shiny new one in December 2018, it’s the equivalent of a permanent TENs machine, sending a signal directly up to my brain. My surgeon recently disconnected the nerve where I have been suffering the most pain. I can tell it’s disconnected because the spinal cord stimulator won’t send a signal down that part of my leg! And she also went in through the old scar on the other side to release everything that had been caught up in the scar tissue and so afterwards I was able to feel parts of my foot I’ve not had sensation in for many years. So I have an extra scar for my collection and she went through the one already there, but managed to line my tattoo up near perfectly which I was upset about it being damaged as it was a treat to myself to try and hide the scars and restore some confidence.. My surgeon wants to do another procedure before going for full amputation, this involves disconnecting the femoral nerve in my thigh. I recently had a chemical nerve block in there but unfortunately injecting chocolate would possibly have been more helpful. Ideally this surgery will stop the pain, and I can keep my leg. Although I’ll have less function and have to learn to walk again. Along with finding splints and braces for the extra support I’ll need. If it doesn’t go as well as we hope I will be aiming for amputation asap. She has said that after this procedure I might not ride again, which is heartbreaking to hear.

The only way I can easily describe the way the pain affects me is to say to you, is to spend a day looking through a loo roll tube to get on with your life. Anything you can see through the tube you can deal with. Everything surrounding the tube is pain. There‘s times it hurts so much the tube narrows down to a paper drinking straw. And because straws don’t stay straight it takes a lot of concentrating to do “normal” everyday things such as a bit of housework, or trying to enjoy a book or film. I also suffer from Fibromyalgia and Ulcerative Colitis/Crohns which don’t help when my pain levels are bad. There’s days when I can walk reasonably normally, other days I use a walking stick or a crutch. Then there are the days I cannot walk any further than the bathroom and back without breaking into a sweat because I‘m in agony.

Due to the combination of medication, energy levels, insomnia and pain I am only able to work part time. I do a bit of bookkeeping to keep my brain active. But my main job is as a photographer, mostly covering equestrian events. However due to pain and mobility I spend more time processing images and selling them, than actually taking them. But I do enjoy interacting with the customers otherwise I would probably just shut myself away from the world and not see anyone.

I also am very involved with a charity called Wessex 4x4 Response. I am (among other things) a controller for them, answering the phones and emails and deploying vehicles when people have needed our help. And more recently assisting taking critical care nurses on house calls in the snow back in March 2018. I also often take search and rescue teams out on callouts as many of them cannot get their cars to some of the remote places they need to search for missing persons. I stay in my vehicle with a good book and await instructions for next location for picking up or dropping off searchers. So I feel I am useful to the community when I‘m feeling up to it.

My other love is my 20 year old, semi retired thoroughbred horse, Ronnie, or Donkey as we lovingly refer to him. If I didn’t have him I wouldn’t get out of bed on the days that the pain is so bad. Luckily he’s very low maintenance. Only needs stabling when the weather is awful and doesn’t eat a lot. I find taking him for a plod in the woods helps with my depression levels and can help me block out some of the pain. I try to ride once a week as although it hurts afterwards the fresh air and lovely scenery where we live put me in a better mood. Even just having a cuddle from him is better than most of my painkilling medication. He’s the reason I have not attempted suicide because of the pain I‘m in.

Therefore practicing shooting is not a regular thing as it should be, I have nowhere local to do so, they closed the big venue between Dorchester and Yeovil a few years ago, just as I realised what I was good at. And although there are plenty of places to do sporting, it is the wrong type of target. Almost the difference between driving a Landrover off road and a Ferrari round a circlar track. The nearest location for the discipline is Taunton or Guildford, both over an hours drive away which I’m often unable to do due to lack of energy and money for fuel as well as clays and ammo, so at the moment I just do the few competitions that don't clash with photography work or aren't too far to travel as I can't afford b&b every time.

Any money raised will go towards tuition, cartridges and travel. Although I'll still sleep in my car on the way home from events. The photo is of me being presented with my prize from the trip to Italy in October 2016 where I won the ladies section of the trial event. In 2018 I scraped the ladies bronze medal, I was going through a bad time at home, so really pleased with my performance. Luckily I've got a good gun, and reliable car. Just need help towards other costs. And maybe one day you'll see me regularly representing England at international competitions. One of my coaches and close friends is Steve Ling, whose son Ed got the bronze medal at the Rio Olympics and I'm proud to call him a friend. He and Abbey have fitted me with a fantastic gun. I just need some financial help to get out there and use it. A lot of people have said I’ve got the talent and ambition. Because I’ve not given up completely on life just had to change direction from horses. But everything is on hold at the moment due to lack of funding, It’s frustrating wanting to represent my country, but not having the money to do it.