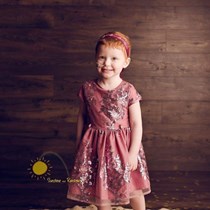 We are asking for help to raise money to enable our daughter Anna Poppy to the access the best trial for a very aggressive brain & spinal cancer.

Since then we have been told that this means her cancer is now metastatic and very aggressive. The only curative option would be for full radiotherapy to the brain and spine for 6 weeks but there is only a 20% chance this will work.

After that the nhs will only offer palliative care and Anna's life expectancy would be months.