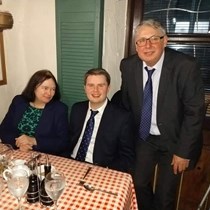 Weʼve raised £1,270 to Say 'Thank You' to the Aberdeen Royal Infirmary for saving our son's life.

Six months ago, our son Remy, was found down the bottom of stone steps in Aberdeen in the early hours of the morning. This was just six days before he was due to graduate. Some people walked past him thinking he was sleeping. Luckily, a bouncer from a local nightclub called an ambulance.

He was taken to the Aberdeen Royal Infirmary (ARI) A&E, where they found out he had a subarachnoid haemorrhage, a subdural hematoma, a fractured skull and perforated eardrum. The Neurologists operated on him straight away, it took seven hours - it was touch and go. They did a Craniotomy - removed part of his skull and put it in his stomach. They saved his life. After this, he was sent to the Intensive Care Unit (ICU). He was in a coma on life support. His reading on the 'Glasgow Coma Scale' was the worst it could be. James, the hospital Chaplain was asked to sit with him, as they believed we wouldn't make it in time.

Our local police arrived at our door at 06.30 telling us the news - there was little hope. It was the worst day of our lives. We travelled to Scotland (from Kent, England) with his brother Anton and his fiance Emma. It was a very traumatic journey for us. We arrived at the ARI at 18.00. We were met by the Neurologist team, they had saved his life, but didn't know if he'd survive. They said 'If he is here in two days, we are in with a chance'. Twelve hours after we got there, his good friends, Kevin, Luke and Paul travelled up to be at his bedside, too.

Two days later, we felt a bit positive. He was being cared for so well, by the dedicated, caring ICU staff. He was on a lot of 'dangerous' medication, but that was controlled skilfully by the team. They tried on a few occasions to take his breathing tube out, but it led to life threatening situations. So, eventually, he had to have a Tracheotomy ( a cut made in the neck- for a tube). Thankfully, two and a half weeks later, he was off all medication and sent to the Neurology ward.

Four weeks after the initial 'accident' he had to have another operation, a Cranioplasty (to put the skull piece back in his head) . He was very worried about the risks - this was the first operation he'd know about. It all went well due to the amazing skills of the Neurologists. Therapists helped him with: walking again, swallowing food, testing his memory etc. Everyone was fantastic.

We all stayed in Aberdeen for six weeks, with the help and support of Marylee (Chaplain and the support services of the University of Aberdeen). We also had such great support from family, friends and our bosses. Finally, he was transferred to the Kent & Canterbury Neuro Ward for rehabilitation. After a couple of weeks, he eventually came home.

Today, Remy is, as before. He has had lots of tests, physical and cognitive, that he has passed. All he has, is some nerve damage in his foot. The ARI call him a 'Miracle Man'. Certainly, the skills of the medical team were paramount, but we believe, all the prayers and positive thoughts from family and friends helped enormously! On the 23rd November he finally graduated from Aberdeen University - it was such a special day!

As you can imagine, we could never repay the cost of what it entailed to save our son. But, we'd like to give something back - raise some money, so that it could help another family one day. We chose to crowdfund as we want to split the money between all the groups involved.

The cheques have now been given, from the money raised and the extra money we put in. In the order of the pictures - £1000 to Friends of the Neuro ward Aberdeen Royal Infirmary (ARI) - £500 to the Intensive care Unit (ARI) - £100 to Aberdeen University Chaplaincy, received by Marylee the Chaplain and £100 to the NHS Grampian Staff Garden (James the (retired) hospital Chaplain's project). We could never repay what this wonderful hospital did to save our son Remy's life, or the support the University gave us. We've been told this money will go towards vital equipment - which will help another person's family. 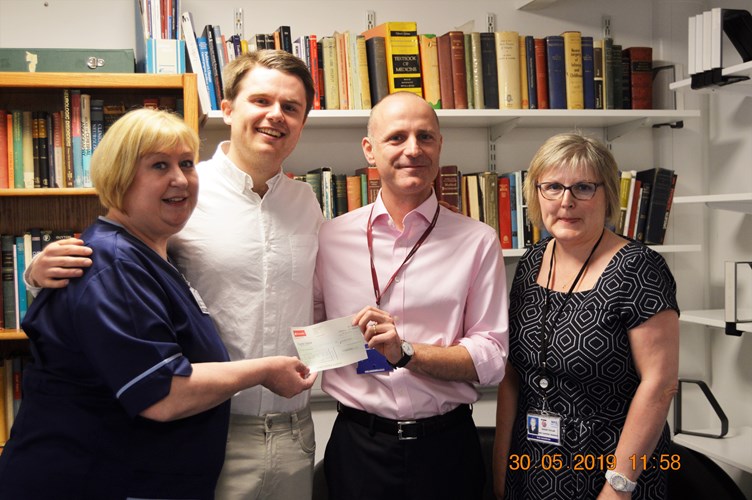 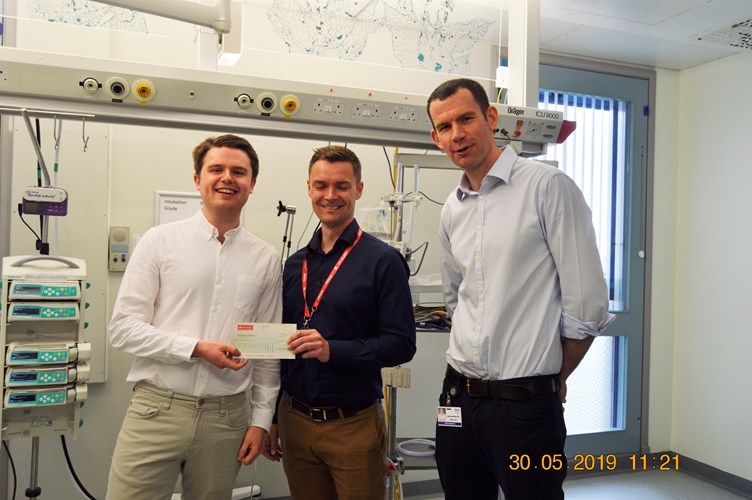 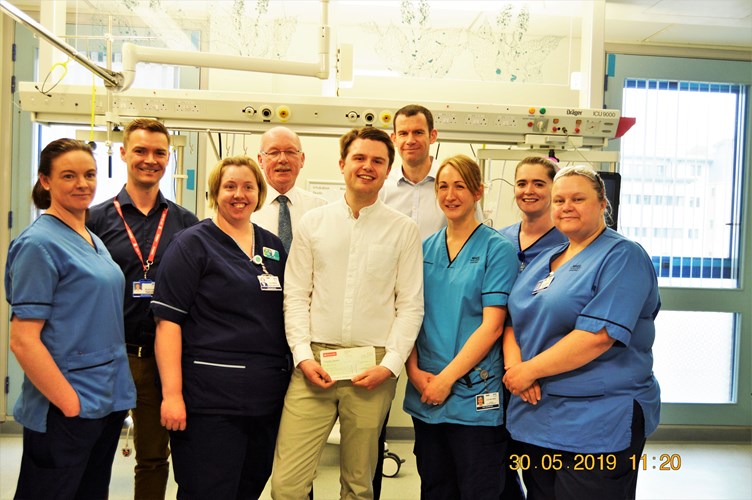 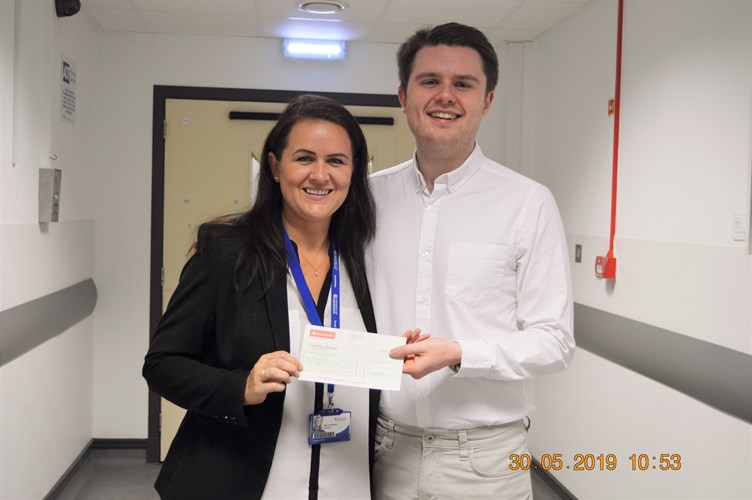 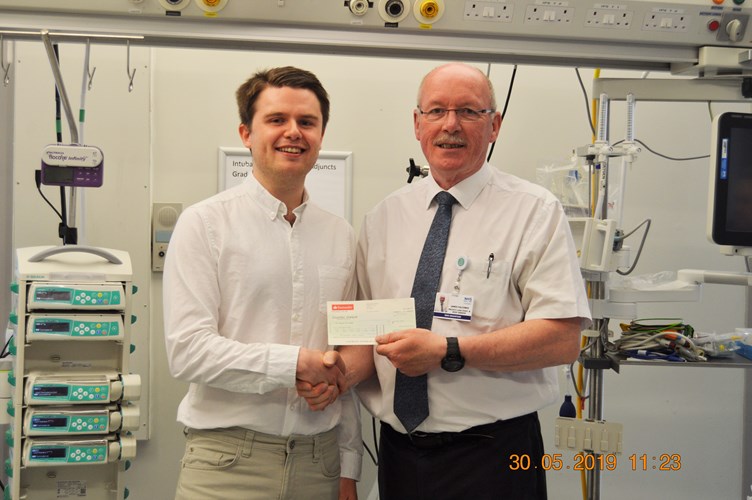