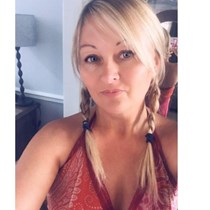 The Manx Grand Prix Supporters‘ Club was formed back in 1975. At the time the rescue helicopter was only available during two days of racing, and if a competitor was injured during practice, they unfortunately had to wait for a road ambulance, which at times could be a long wait. The club was formed and the intention was to raise money to ensure a rescue helicopter would be on stand by throughout both practice and race week. All money raised by the supporters club comes through donations during the TT and MGP.

As a Marshal/Medic, i am passionate about Road Racing. The Buzz, the excitement, the Racing and the people involved within the racing community. But as we know, incidents often occur and medical help is needed quickly, to enable the riders to have the full assistance they require in order for them to recieve maximum treatment by a professional. The Helicopter carrying the Doctor and Paramedics is an essential part of The Manx Grand Prix/Classic TT, And in order for this to run it requires tens of thousands of pounds to keep it running during the festival of motorcycling fortnight.

Last year we did a sponsored walk from the Sulby Glen Pub in order to raise funds to assist the runnung of the helicopter for The Manx Grand Prix Fortnight. I raised over £750 and would like to match this this year. Its a cause very close to heart, having lost friends and still have friends recovering from their injuries. Every Road Racing Spectator (and theres a few) as well as riders, teams, mechanics and sponsors, it would be very generous of you to spare a pound for this extremley important cause.

Many thanks in Advance