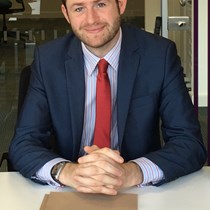 Weʼve raised £3,118 to fund a statue for working class suffragette Annie Kenney. A plinth has been reserved in the new public square at Parliament Sq, Oldham

In this round we are fund raising for work to begin on the design and modelling of the statue. We have secured £4,000 in donations so far and so need to raise £8,000 to issue the order for work to begin.

Once the first phase is completed we then move to fabrication where we will fundraise a further £12,000 and a final phase to release the statue and install it on the plinth of £16,000.

We need your help and support: Join us in our efforts to install a statue to celebrate the life of working class suffragette Annie Kenney.

Following the regeneration of Oldham's Old Town Hall a new public square has been built which will be home to the statue when completed.

Oldham Council have supported the campaign by providing a plinth at the steps of the Old Town Hall, we now need to fund the statue!

Annie is inspiring for many reasons. Born in 1879 in the town which had developed to become the 'King of Cotton she began working life aged 10 years old. By 13 years old she was working full time on 12 hour shifts. In her time at the mill Annie supported other women to read eventually becoming a trade union activist.

Annie rose through the ranks of the Women's Social and Political Union (WSPU), eventually becoming its deputy in 1912, something which was extremely rare for the working classes.

The struggle for the right for women to vote lead by women like Annie made progress because of their unrelenting spirit and sacrifice.

Though women now have the right to vote inequality is an everyday struggle on pay, terms and conditions and in wider society.

We believe this fight belongs to everyone who believes in fairness and equality and we hope to inspire the next generation to carry on the fight for equality with Annie's inspiring story.