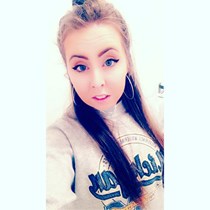 Anthonell Peccoo is 22 and in a position no one ever thought he would be in. Anthonell came to the UK from Jamaica when he was 6 years old. His friends and family would describe him as "kindhearted", "sociable" and "energetic". Anthonell has always had such a passion for life. Making sure he achieves goals and proves to everyone he is the man he wants to be. Tragically in early 2016 Anthonell got a prison sentence of 3.6 years. This was a massive shock for all of us and reading this you are probably wandering how?!
Anthonell never managed to get his British citizenship sorted after his visa ran out many years ago - he went to school and then further education to study hairdressing at college, after this he tried so hard to find a job. Sadly, as he didn't have the right documents and so a secure job wasn't available to him. So he went on to do some cash in hand work but this wasn't bringing in enough money as he was desperately trying to save enough to get a citezenship. Regrettably this led to Anthonell turning to selling drugs. He didn't want to do it but felt he had run out of options. In 2015 he was arrested after a situation which is he truelly sorry for and his been inside ever since. There is no way of justifying the mistake he has made, and has dealt with the repercussions. Leaving his family and friends feeling helpless. He has now been given a letter of deportation and they have booked his flight to go back to Jamaica, a country he can hardly remember, with no family their to support him. A solicitor has opened a case to keep him in this country but we have had to pay £5000 which is a mad amount of money! And that's just the start. We have long fight ahead of us. Any donations would be so appreciated. He's made a silly mistake which has turned his world upside down but yet he still thanks god everyday. Thanks for reading. You know what to do:)