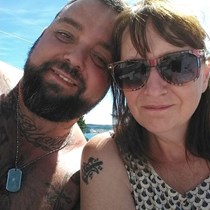 Weʼve raised £20 to For wheelchair and electric power aid

This is a photo of wheelchair and electric devices. 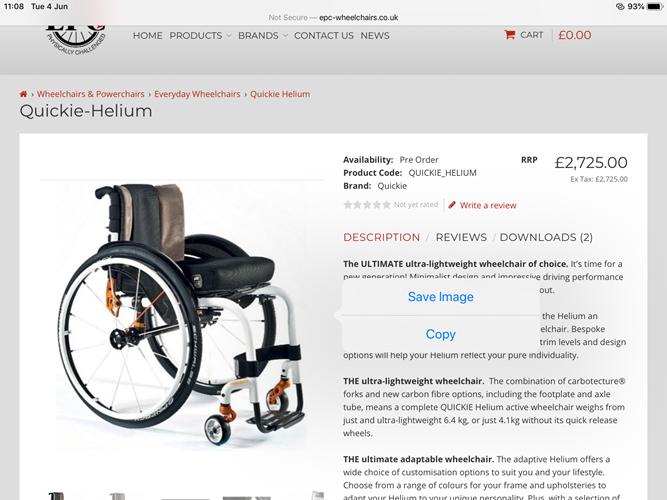 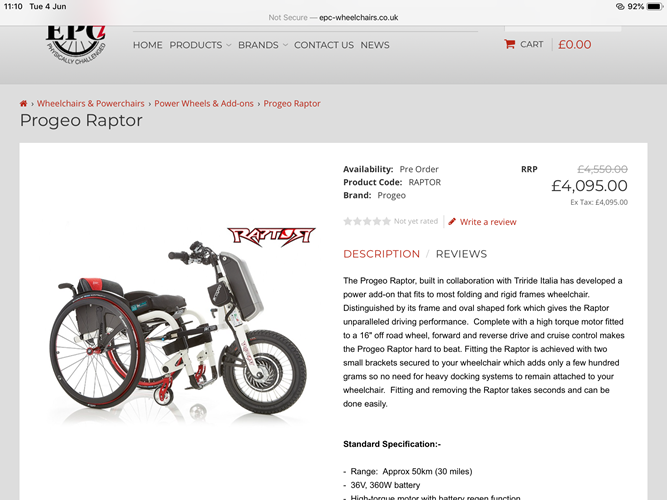 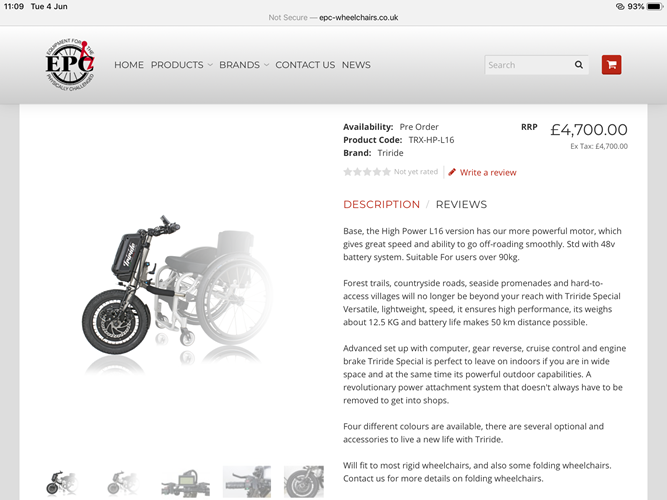 In 2013 I had my right leg removed after a long and painful set of problems that required surgery 7 times and the end result being, I had to decide if I was better off without or with the leg.

I chose without because it no longer functioned and was not usable and was giving me chronic pain 24 hours a day. As to not tell what the same story is twice regarding my legs, I will say that 2 years later I had the left leg removed for the same problems.

I made the hardest decision of my life and decided to remove my legs. I had had 7 operations on both feet for the same reasons of bone and nerve damage which resulted in the severe pain I suffered.

Having my legs removed caused great changes to my life as you can imagine, because I am unable to use prosthetics due to the pain I still suffer and problems with the nerves and bone and so am wheelchair bound for the rest of my life.

Slowly but shortly I withdrew into myself and spent around 4/5 years cooped up in my bedroom only seeing immediate family as my friends had all but left me after losing one leg when I lost the second, they all seemed to desert me including my best friend. This was a very low point in my life which caused me to have very bad mental health problems that caused me to try certain things in my life!

During this period my health also went down hill in other ways. I now suffer with up and down depression which can go to standard depressed to below the line depressed. I suffer from chronic pain syndrome which leaves me in constant pain 24 hours a day as my body does not react well to pain medication of which one medicine is morphine but the strong version and is equivalent to taking 200ml of morphine a day and this has no affect on my pain beyond 10%. I have 2 blown discs in my neck and 3 disks in my lower back with a degenerative disease. As well as the arthritis in my back I also suffer with it in my hands and fingers which are making manual chair pushing difficult which is where the electric part of the chair system come in because I can detach it when I want to go Manuel and if I need help I can go electric but I wont be bound to just electric which I believe would make my conditions worse as the exercise I would not be getting with make things worse quicker.

I also fall out of my chair a lot as the small wheels get stuck on uneven paths and throw me out of the chair and always landing on my stumps as you can imagine is not a pleasant feeling. on one occasion I was thrown out of my chair breaking part of the bone which caused an arterie to burst ending with me having about 10 seconds of blood left when the doc managed to get hold of it and put a stich in the end.

I am in constant pain when sitting in my chair which I have to fight with my head so as to keep going, I am not someone who gives up and lets the pain control me but I am only human and need a bit of help so I don’t have to go for an NHS electric chair as I don’t get help from anywhere as I was not in the Army or sporting team etc so everything has to be bought myself and being disabled is not a cheap condition to have.

Now a little bit of how I come to where in life I am now.

After having my second leg removed my life spiralled downwards and I became very lonely and withdrew into myself. This involved becoming suicidal depressed and wanting and trying to take my own life. As I said previous this went on for about 4/5 years until I tried therapy for the 3rd time.

Before my therapy appointments I would if it was open sit in Reading minster church as it was quiet. This went on for about 3 weeks when I happened to mention this to my therapist who suggested after I told her I would like to volunteer somewhere like that for a few hours as I could only be out and about for a short time. We started talking about asking about it in the church, but I was reluctant as I was withdrawn into myself, scared to ask and I was not religious which really did not matter. I am also very sceptical of things which makes what has happened to me very bizarre and something I still have to pinch myself about.

My therapist had got me another 6 weeks on the therapy course as I was so low, and you only usually get 6 sessions. But on the 5th week I was in the church as usual and my head was saying ask someone about volunteering over and over again but I could not do it and went straight past who I now no to be the verger and out the church, however something bought me back to Richard and asked about helping in the church to which he was very in favour as they needed help to keep the church open. I told him I would be back after my session in which all we discussed was my volunteering.

I went back to Richard and joined in the tea and coffee and even the Wednesday mid-day service which I was gobsmacked about. The next week I went back and told my therapist and we sat there saying nothing for 10 minutes when she said you do not want to be here do you, you want to be in the church to which I said yes. This resulted in my next 6 sessions being cancelled my therapist crying with joy at my transformation from suicide risk to happiest person alive.

Now I have shortened that abit but it ended up with my at the time volunteering 5 days a week from 10 till 13.00 which is now 4 as I am not as strong anymore and it gets harder and harder to stay out so long but I do because I love it and I have a new lease of life because of it.

The way I think has changed regarding all sorts of things like homelessness, drug takers, alcoholics as I deal with helping these people daily as well as the odd person that needs to talk and be listened to. Helping these people has been and is the most rewarding thing I have ever done and will do for as long as I am able which is where the electric part of the chair set comes in.

I spent months fighting the religiousness that had come to me but it settled and I am now a lifelong Christian which I find bizarre because of where I come form but even more bizarre is that I have become Brother Anthony Rixon Franciscan friar who wears all the gear. What this is about I do not know if you had told me 10 years ago this is where I would be I would have laughed, I now just go with the flow and where life takes me I go but always in pain and in need of a bit of help which I realise is a lot of money but as I say being disabled is not cheap but being where I am in life even with all the pain but helping people daily and giving myself to others Is the most rewarding thing that has happened to me.

Other reasons for this page and ask for help is I love to go into the country or on long walks which I obviously cant do any more. my favourite walk was along the cliffs at dover and to be able to go there again and go along the path would mean the world to me and change my life forever as I would be able to go into the country without worry, if I am tired I can go electric and not have to use my hands.

I wiould also not have to use my car to get to church s I could go along the river path to town without the fear of coming out of my chair.

Any help would be appreciated and go towards me continuing for as long as possible in helping others.