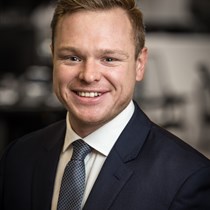 Over the past decade, over 7,200 rhino have been lost to poaching. The poaching crisis has increased by 9,000% since 2007, consequently severely threatening the rhino population. According to government sources, 1,028 rhinos were lost to poaching in South Africa alone, this equates to almost 3 rhinos a day! This crisis is real and needs to be solved.

Thankfully, rhino loving communities, like the Endangered Wildlife Trust (“EWT”) and the local Hoedspruit farming community have come up with an innovative solution to help fight against the crisis. This is where Annie comes in. Annie, the 4 year old Belgian Malinois, acts as the Canine Crusader against poaching, having been blessed with tracking super-powers is one of the newer members to the local anti-poaching team.

Annie was trained by the EWT and is under the care of Colin, from Moholoholo, who will along with a dedicated anti-poaching team act as a rapid response unit to any evidence of poaching activity in the greater Hoedspruit area. An area densely populated with wildlife reserves (close to the iconic Kruger National Park), and consequently heavily targeted by rhino poachers.

The results speak for themselves, with Annie and the team catching 3 suspected poachers in November 2018. In a combined, community led effort involving two fixed wing aircraft, two helicopters, a gyrocopter and 43km of running through the night, Annie led the team to the successful capture of the suspected poaching gang along with a rifle, silencer and other anti-poaching equipment.

Annie and the team are in desperate need of support and equipment, such as night vision goggles in order to improve night patrols. I plan to raise funds for Annie and the team, in doing so to create awareness of the rhino poaching crisis and innovative methods communities, the EWT and the Hoedspruit farming community, are using to fight against it!