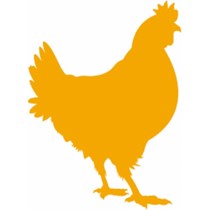 The war in Ukraine has ripped apart communities in villages and towns all over the country. Buildings have been destroyed, homes raised to the ground, schools shut, jobs lost, food shortages and 1000’s killed or injured.

In every corner of Ukraine, there are families and children who no longer have homes. They have no income and they have no food.

Like Iliav who is 10 years old and from Mariupol. As his home was bombarded by the Russians, his mother did what ever she could to protect her son from danger. She died while hugging him trying to protect him from shrapnel. It was 2 days before Iliav was dug out from the rubble, his dead mother still hugging him.

Iliav now lives in Kyiv with his grandmother. He has life changing injuries to his legs and he has lost everything. Tragically, he is not alone in his circumstances.

We want to help boys like Iliav and families in the worst hit areas of Ukraine. To provide food for them and to help rebuild that all important local community.

We are setting up 6 community kitchens in 6 villages and towns in Eastern Ukraine. We will sponsor a local family in each location to run the kitchen and prepare food for the communities they live in.

We have secured food donations, equipment and locations. The money raised will be used to repair / restore and set up the locations ready to cook and serve the communities.

Once the kitchens are set up and running, the administration of the kitchens will be handed over to a Ukrainian NGO called www.dobro.ua

The project will be filmed and a 6 part TV program produced to raise more funds for Ukraine.

Upon hearing about the Russian invasion in Ukraine, I, as a director of Parson's Nose felt compelled to do something to help, no matter how small it would be, I had to do something.

My background is actually in media and in particular, directing food TV. I'm not a solider or a politician, nor a doctor or an aid worker.

The only thing that I could immediately think of was to make a TV program to raise awareness and raise money for Ukraine.

I have always known that food creates very strong personal emotions in good times and bad. Telling that story was going to be my way of helping.

So I funded a trip personally and I set off for Ukraine to film and produce a documentary about the 'emotions of food in good times and bad'. The trailer is below.

The film will be completed by the end of June and the hope is to have it broadcast on as many global channels as possible and to raise as much money as I could for Ukraine.

Moving forward, I need to do more to help. Seeing Ukraine and the devastation first hand has led me onto this project and I shall be heading out to Ukraine again at the end of June to start work on the community kitchens.

How can you help ? simply by donating what ever amount you can. 100% of the money raised will go directly to the cause.

£50 will pay for the operation of a community kitchen for 1 day, which could feed 500 people.

£500 will fund the building of a wood burning bread oven for 1 community kitchen.

Parson's Nose is a leading butcher in London. We opened our doors in 2007 and since then, we have been involved with community projects in Hammersmith & Fulham ever since. Now, we are focusing on Ukraine with our community kitchens. Please support us.