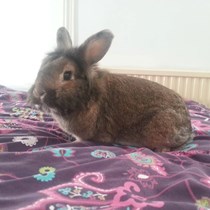 Anya originally came to the rescue in 2016 after being rescued from a backyard breeder. She was in a dreadful state when she first arrived, having been bred from repeatedly, and her sister sadly passed away not long after. Once recovered she found a lovely home with a neutered boy, Rizzo. 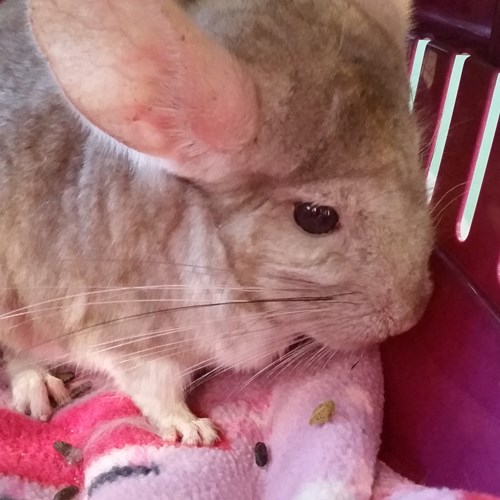 Recently she had started to show signs of being hunched over, so a trip to the exotics specialist was on the cards. They had a look at her teeth and mouth and decided to do a teeth burr due to large spurs and ulceration in her mouth. It's amazing that she was still eating!

During her anaesthetic she also had a scan which showed that she was a little gassy, so came . Thankfully her teeth were successfully burred and she has been very happily eating up her recovery food. 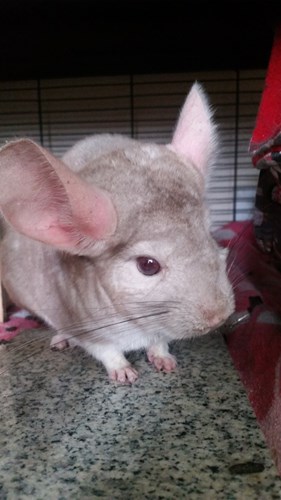 She is due to go back for another teeth check in 8 weeks, as well as a dental X ray, to see if their is anything more sinister going on with her tooth roots. For now she is on Metacam, and seeming lots happier.

Her first tests and burr cost us £301! and we are expecting another big bill in 8 weeks. We have set up this fundraiser in the hope of raising some money towards her ongoing vet care.

To top it off Rizzo, her friend, has shown signs of a weepy eye. Let's hope that he won't be needing a dental X ray too!

Notts Nibblers Rescue are a small home run rescue based in Nottingham. We run on Vegan ethics