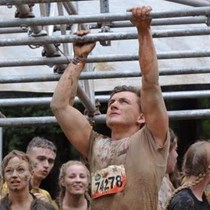 Archelon was an extinct marine turtle known for being the largest turtle ever to have been documented. It is believed to have gone extinct due to the shrinking of the seaway, increased egg and hatchling predation and/or a cooling climate.

Established in 1983 in recognition of the extinct species, the primary objective of Archelon (the Sea Turtle Protection Society of Greece) is to protect sea turtles and their habitats in Greece through monitoring and research. This includes developing and implementing management plans, habitat restoration, raising public awareness and rehabilitating sick and injured turtles.

Rethymno Bay is the largest nesting habitat of the loggerhead sea turtle on the island of Crete and 3rd largest in Greece. The 12km Rethymno Bay beach is known for its beautiful beaches of golden sand and shallow waters, attracting large numbers of tourists every year.

Based on statistics which have been collected by ARCHELON volunteers since 1989, there is an average of 300 sea turtle nests per year on Rethymno Bay beaches. The increased pressure from tourism-related development however is causing the number of the nests to decrease year-on-year. The most recent analysis of the nesting activity in Rethymno shows a decrease of as much as 45% in the average number of nests for the period 2000-2014 (over 200 nests annually), compared to the previous period 1990-1999 (almost 400 nests annually), highlighting the need to support the local sea turtle population.

Funding to support this cause is limited. During the nesting and hatching seasons (May and October every year), Archelon relies significantly on volunteers of all ages and backgrounds from all over the world to participate in the Rethymno sea turtle conservation program. As such any donations you can provide, no matter how small, will be really appreciated.

For more information on the great work the Archelon does, please enter the following URL into your search bar: https://www.archelon.gr/index_eng.php