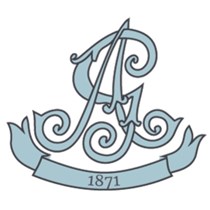 The Argyllshire Gathering Trust’s Intermediate Youth Piping Championship will return to Lochnell Castle on 22nd of October 2022, where eight leading young professional pipers under the age of 22 will compete in a Piobaireachd competition followed by a March, Strathspey and Reel competition.

We are delighted to announce the presentation of two new trophies for the Championship. The first is the Jimmy McIntosh MBE Memorial Trophy for Piobaireachd presented by Mrs Joyce McIntosh. Mr McIntosh was a former Oban Gold medallist and teacher of renown. The second trophy is for the MSR and is presented by McCallum Bagpipes in memory of Mr Willie McCallum Snr. Campbeltown, a man who dedicated his life to promoting piping in his native town and in wider Argyll. In addition to these trophies the Champion Piper receives the Lochnell Championship Cup and the Bronze Star presented by the Royal Scottish Pipers’ Society.

The championship is styled after the Glenfiddich Championship, creating an opportunity for the young intermediate pipers to prepare for senior competitions. Robert Wallace, Judge of the 2021 Lochnell Championship and President of the Piobaireachd Society said: “We are looking forward to welcoming everyone to Lochnell for the second annual Intermediate Youth Championship. This competition fills a gap in the calendar for the young aspiring professional piper and encourages them on to even greater effort and success.”

If you would like to hear more about the Argyllshire Gathering Trust’s upcoming Youth Piping Championship or support the Primary Schools Tuition Scheme, please contact us at argyllshiregatheringtrust@gmail.com