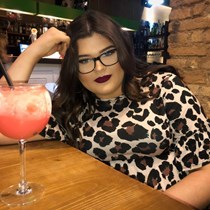 Weʼve raised £0 to Get Arron to Japan

Arron began training with Seitou Ryu Karate club when he was 9 years old. A short 5 years later- he is preparing to go to Gashago 2019 where he hopes to achieve his Black Belt.

He won't stop there, he aims to go to Japan in 2020 to train with Fujiwara and Takahashi Sensei's (the highest grades in the Seiwakai Association) alongside his own Sensei, Richard Hang Hong.

This is a once in a lifetime opportunity for Arron, as he will potentially grade to his Seiwakai and Goju 1st Dan and will be a highlight in his karate career. Longterm, Arron would like to compete in the Olympics for karate, he currently does national/international competitions but going to Japan would be a massive stepping stone toward this goal.

Anyone who knows Arron understands Karate is his whole life; we are so proud of all he has achieved and know he will only continue to be the best he can!