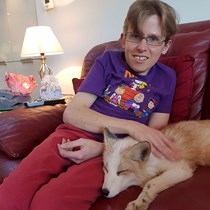 My name is Arthur Lawson and I am a founding member of Lothian Wolves Powerchair Football Club! I am also a volunteer for Cancer research UK.

Playing football has been a dream of mine and my disability meant that I thought I would never be able to play it. That was until seven years ago when I was introduced to Powerchair Football. At that time there were no teams within Scotland and so I set up my own team with friends but that fell apart as we had no support or resources.

In November 2016, Lothian Disability sport announced that they were setting up a team and I became one of the first members to join. However my current chair i use is getting very old and is failing and I have already had to replace the control bracket, the hub, the sensors and the gear box. As the company who made it no longer exists, it is very hard to get replacement parts and i have been told that my current chair is not suitable for the game 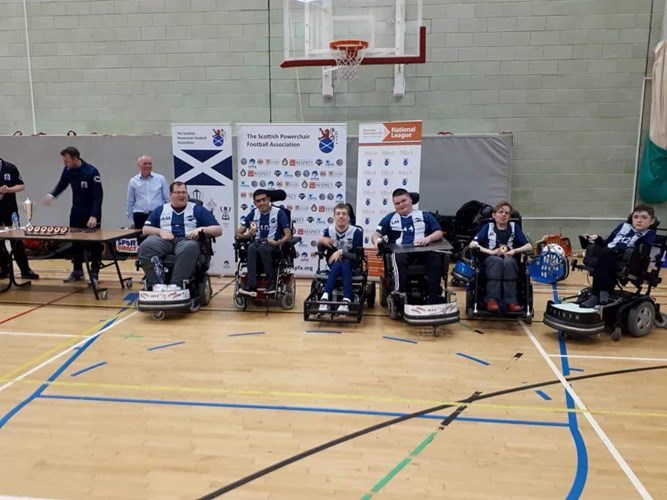 My current chair is failing due to the demands of the game. The Scottish Powerchair Football Association have advised that I need a chair that is specifically designed for this sport (Strikeforce). The difference with this chair is it has a cooling system built into the motors to prevent them from overheating, and has a more robust controller bracket, sensors, hub and gear box which will give me the confidence to play the game without the fear of it impacting my only form of Independent mobility.

My day chair already broke and has had a costly repair and i now rely on the club chair and as you can see from the picture is to big for me and does not give me the correct support.

As the Strikeforce comes with significantly large price tag and as my team has few sponsors or fundraisers I have been left with no choice but to attempt to raise the amount myself. Due to disability benefit being my only income i can not afford to pay for it without help.

My team Lothian Wolves play in the Scottish Powerchair Football Association(SPFA) Muscular Dystrophy UK(MDUK) Scottish Championship league which we won last season. I play currently as the main goalkeeper and occasional striker so the Strikeforce will help me get to my ultimate goal which is to play for Scotland and ultimately represent my country at the Paralympics.