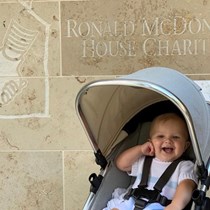 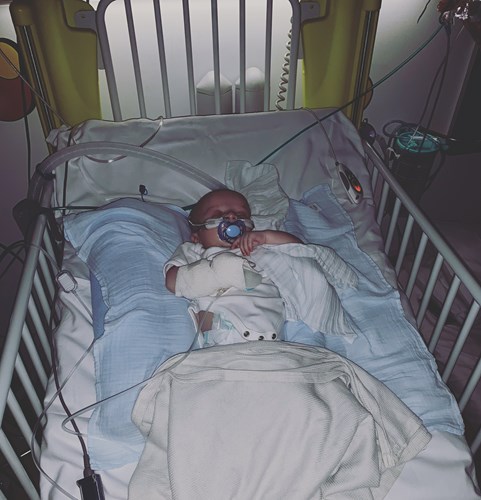 Arthur was born with Laryngomalacia and had apparent feeding issues from birth. By 4 months old Arthur had already been through a lot; 3 admissions to hospital (PRUH & Lewisham) with bronchiolitis, one of which left to him being hours away from being transferred to Kings to be put in an induced coma and have a machine do his breathing for him.

Following this came many trips up to the Evelina London children’s hospital with ENT and SLT teams and the assumption made that his issues aspirating were related to his Laryngomalacia. It was then decided that Arthur would be made NIL by mouth (as of January 18th 2019) and be exclusively fed via his NG tube as anything orally would be aspirated and then lead to his recurrent breathing, lung/airway problems and infections.

Arthur was admitted again; this time to the Evelina where he spent almost a month. He spent a lot of time on oxygen, cannula IV drips for fluids and drastically reduced NG feeds (if any). He under went x-rays, scans, endoscopy and a Microlaryngoscopy and bronchoscopy (MLB). During the MLB some surgery was done on his throat to remove excess tissue and widen the airway.

Since this long stay at the Evelina he has had again bronchiolitis and then on his latest admission aspiration pneumonia. He has had some more tests; a PH study, impedance study and video fluoroscopy after being referred to surgical/gastro for investigation, all of which came back with minor signs of reflux.

As of his current admission (from 29/04/19) for ongoing coughing/choking episodes lasting 3 weeks; he is now currently under 7 consultants/teams (ENT, SLT, general paediatric, surgical, gastro, respiratory and neurology) and also different local support teams and on the waiting list for a gastrostomy (PEG) which is booked for 28/05/19 (he was due to have this 5 weeks ago but was too unwell!!). All money raised will go towards Arthurs ward at the Evelina London childrens hospital (mountain ward) and Ronald Mcdonald house charity uk (Evelina London) both of which have been like our second home over the past months; to help buy essential life saving equiptment, and help fund much needed comforts for parents and family of patients. We would also like to use a percentage of donations towards promoting ‘Arthurs story’ so we can raise as much awareness for tube fed babies and support for their family as possible.

If you have other means of donation such as offering services i.e cooking, fun days, spa days etc to get run at RMH for parents and families then please get in touch via Arthurs instagram (mountain.arthur) or facebook page (Arthur Mountain).