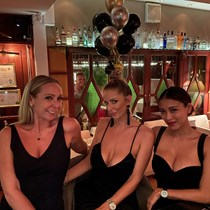 Over the past 8 months we can safely say that Ashton Hulme has touched the hearts of not only the local community, but has also become a national and international hero, spanning as far as Thailand, Australia, Tenerife and even the Atlantic Ocean!

Ashton has endured one of the most challenging journeys that we have ever witnessed, a journey that many of us have never come close too or even had to consider. To say he has inspired us is an absolute understatement. Communities have joined forces standing united, strangers have met and climbed mountains together, challenges have been undertaken – in full commitment and support of Ashton and Bone Cancer Awareness!

Ashton turns 13yrs old on 17th September and this page is created for the main man himself. As his path unfolds we have all been present in fundraising for Ashton’s Leg4Life fund, and we won’t stop!

But here at Team Ashton headquarters;) we thought why not throw a new challenge into this mix because we have A LOT to be celebrating!

During the month we all commit to raising awareness… do the 13km run/ bike/ swim x 13 times, whatever it is… do it Hashtag it, #childrenscancerawareness

Friday 17th; take on any challenge you wish. Who can fit 13 marshmallows in their mouth! Who can do 13 keepie uppie’s! Anything and everything let’s show Ashton some real love on his birthday.

Saturday 18th; Stafford ½ Marathon – members of Team Ashton will be there completing, ironically, the 13 miles!!

Over the last 8 months, Asthon has been through hell and back, we have all been there by his side, watching helplessly as he braves the toughest times of his life, yet this amazing lad still has a smile on his face, laughs and jokes, motivates and inspires us ALL….