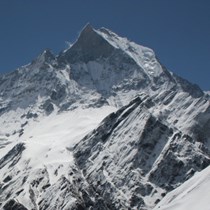 Weʼre raising £3,000 to help Atc, a survivor of horrendous sexual abuse as a child in Rotherham, take legal action against the man who defrauded her and against SYP

Atc is an adult survivor of horrendous sexual abuse as a child in Rotherham.

Please help Atc raise sufficient funds to bring legal action against the business man in South Yorkshire who defrauded Atc and stole the majority of the compensation money that Atc received and wanted to use to purchase her Council house.

South Yorkshire Police (SYP) have refused to take action against the business man to get him to return Atc’s money.

After more than 4 MONTHS, SYP have also failed to provide any evidence to support the decision to take no action.

Pre-legal action (called a Pre-Action Protocol, a PAP) was taken against SYP on Friday 4 November 2022.

The business man in South Yorkshire continued Atc’s abuse from when she was a child. He was approached on 20 September 2022 and given until 30 September 2022 to begin to repay Atc’s money. His eventual response on 3 October is unprintable in a public arena.

If you would like to find out more, please email:

Atc was repeatedly brutally raped as a child in Rotherham.

After the publication (in August 2014) of the Jay Report Atc provided evidence that led to a number of her rapists being sent to prison.

Following the abysmal failures of South Yorkshire Police (SYP) and Rotherham Council (RMBC) in not dealing with Child Exploitation and Abuse, Atc was awarded compensation.

The compensation was inadequate (perhaps more about why on another occasion) but it was nearly enough to enable Atc to purchase the council house that Atc had lived in for a number of years.

Atc now realises that she was groomed and exploited once again by this business man.

Atc entrusted this man with the majority of her compensation and he has not returned a single penny to her.

We believe that the evidence is indisputable that the business man stole the majority of Atc’s compensation money.

Atc complained about this to South Yorkshire Police (SYP). A few months ago Atc received an undated letter from SYP – please see extract below. The name of the Officer in Case (OIC) has been removed.

At the beginning of July 2022 a Subject Access Request was submitted to SYP asking for all the evidence that SYP used when the decision was made to not prosecute the South Yorkshire Business man. As of 7 October 2022 SYP have failed to provide any of the information requested even though our understanding is that under the Freedom of Information Act (FOIA) any requested information should be provided within a month.

Extract from an undated letter from South Yorkshire Police (SYP)

“To be clear, this does not mean that I or any other Police Officer does not believe what you have said. This decision is purely based on the fact that I feel there is insufficient evidence at this stage to enable the CPS to make a decision to charge/prosecute the offender. If you feel there is other evidence that may be relevant and to which the Police may be unaware, please contact the Officer in Case (OIC).”

“In reaching this decision I can confirm that I have adhered to the guidelines set out in 'The Director's Guidance on Charging 2013 — fifth edition', which is the current CPS document governing our approach. The OIC for your case is fully aware of my decision and should have explained this to you so you have a clear understanding.”

X’s actions have had a huge impact on me not just financially but mentally and emotionally.

I was in the process of trying to buy my Council house with my husband at the time. But my marriage was breaking down and I was reluctant to buy.

X advised me not to go ahead with buying house as he would help me get divorced and put me in contact with his mortgage advisor.

I was also out of work and he promised to employ me in his company to enable me to get a mortgage.

He told me he owned a house and a flat and that he was a business owner.

Very stupidly, I believed what he said and I trusted him.

X knew that I was raped repeatedly as a child (CSE - Child Sexual Exploitation).

X knew that following the publication of the Jay Report about the scale of child rape in Rotherham, I had convicted a number of my child rapists and that the money I had was compensation from what had happened to me.

X knew that all I wanted was to secure the purchase of my property for me to have somewhere secure for the rest of my life.

Since realising it was all a scam to steal my money, I have not been able to deal with it. I have been re-exploited, this time as an adult.

X’s actions have had a huge impact on my mental health.

If all of the funds raised are not required for legal action against the South Yorkshire business man, then any remaining funds will be used to help pay the legal costs when Atc is in the position of beng able to buy her Council house.