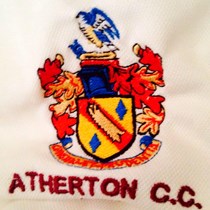 The aim of the Past and Present Players Association (PAPPA) originally was to raise funds to benefit the cricket club due to suffering greatly with damage both externally and internally. It was our aim as an association to support the club in raising much needed funds and over the last couple of years the club as recovered greatly due to the hard work of not only the association but all it's dedicated volunteers.

The thought this year of the association is that we want to give something back as a way of a thank you for the support we've received from many people and organisations around the local area over the last few years, hence this year we've decided as an association as well as supporting the cricket club we would like to raise funds for Wigan & Leigh Hospice. The charity is very close to many people not only at the cricket club but around the local area and it's just something we felt fitted in well with what our association is all about.

The idea is to hold a big summer draw in which all monies will be split 50/50 between Wigan & Leigh Hospice and our own junior section.

Once again it's great that we've received the support of many local organisations and companies through receiving numerous high quality prize donations, we can't thank everybody enough and it really is very much appreciated by all concerned.

We have set this just giving page up for people who won't have easy access to the club throughout the summer and would like to donate to have a chance to win many great prizes, for every £1 donation we will put a ticket into the raffle for you!

All donations are greatly appreciated.

Thanks again for your continued support.

Local family orientated cricket club playing in the Bolton Cricket League. We have 3 senior teams along with junior teams starting at under 9's through to under 18's. We're always looking to support the local community and build links to help each other.