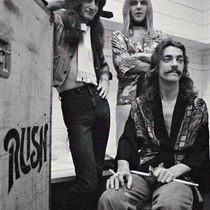 During an incident in the ground at Goodison Park Andy Tugwell inhaled the smoke from a smoke bomb thrown and landing near them by the Everton thugs in the tier above us.

He subsequently suffered several seizures and has spent the last two nights in hospital, a night in Liverpool and another in Crewe. Paul Younger stayed with him and returned to London yesterday afternoon but they have both incurred unexpected costs.

They have not asked for anything but I feel we the Palace family can recoup the outlay and some money toward further expense that Andy and his family will incur.

I hope you will donate however much you can afford, it doesn't need to be a big donation as I am aiming for the current outlay, approximately £400, plus further expenses today and tomorrow so hopefully £800 should easily cover it all.

I know the PTID family will do them both proud as they did for me when I was ill.

Thanking you all in advance.