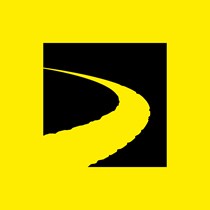 The parcel of wooded land between the ford crossing and the A120 underpass, to the south of the byway, at the Great Dunmow end.

Over several years, some 4x4s and motorcycles have been exiting the byway, and causing vast amounts of damage to private land, mainly the small stretch of woodland between the river and the byway.

The woodland area now resembles a 'pay & play' site, with deep heavy ruts, bad enough to get many modified 4x4s stuck. Recently a small excavator was taken down the byway and into the woodland, under the cover of darkness, to rescue a stuck 4x4.

Unfortunately the area has gained a reputation, and appears to be considered a 'venue', drawing people in from miles away.

Heavier concrete ones have now been installed, but are due to be removed at the end of March. Once they are gone, there will no doubt be an influx of vehicles wishing to damage the woodland further.

For this reason, it is paramount that this project is undertaken prior to the re-opening of the lane.

It is also worth noting, that the Flitch Way has been diverted along this byway, and plans are in place to continue a similar linear park through Great Dunmow town, to link up with the other part of the Flitch Way.

This means that the byway sees an unusually high number of other PROW users, such as cyclists and walkers, usually as families. This unfortunately puts the illegal actions of the irresponsible 4x4 and motorbike users rather clearly in the public eye.

The illegal use of the woodland not only puts a negative view on motorised PROW users,but it also encourages the irresponsible users to do similar elsewhere. Action is required immediately.

To flatten the ground in the woodland, and block off access.

All of the present 'obstacles', such as deep ruts and 'bomb holes', need to be smoothed over, this is to remove the 'challenge'.

Gabion baskets (mesh cages, usually used for retaining walls), filled with hardcore will be used to block off the off piste area, these

are much harder to move, once installed, than concrete blocks, and still form a solid barrier.