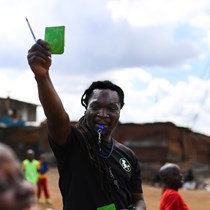 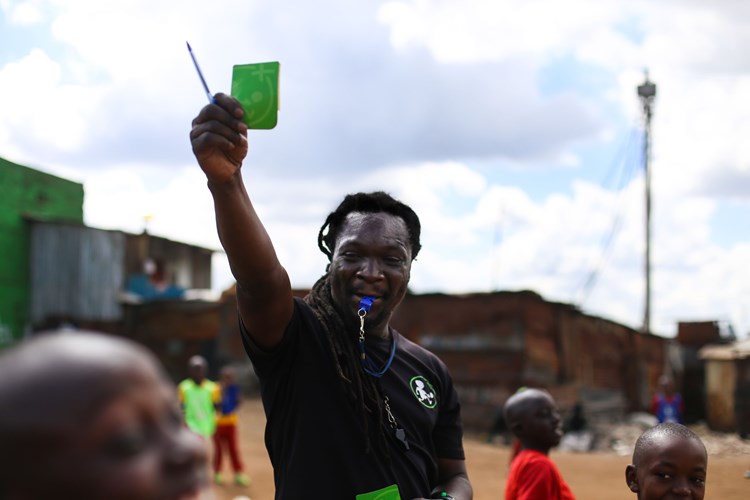 Austin Ajowi, also known as "Baba Yao," which means "the father of all," is a Kenyan Football coach from Mathare, one of the biggest slums in Nairobi. When his goalkeeper career came to an early end after a knee injury, he started clearing mountains of rubbish in a dumping site in his community. Every night people from neighbouring communities would come and drop their trash, and Austin would have to start all over again. But he didn't give up and slowly conquered centimeter by centimeter, meter by meter, each bringing him closer to his goal: build a community playing field for the children of his community, today called Austin Grounds. 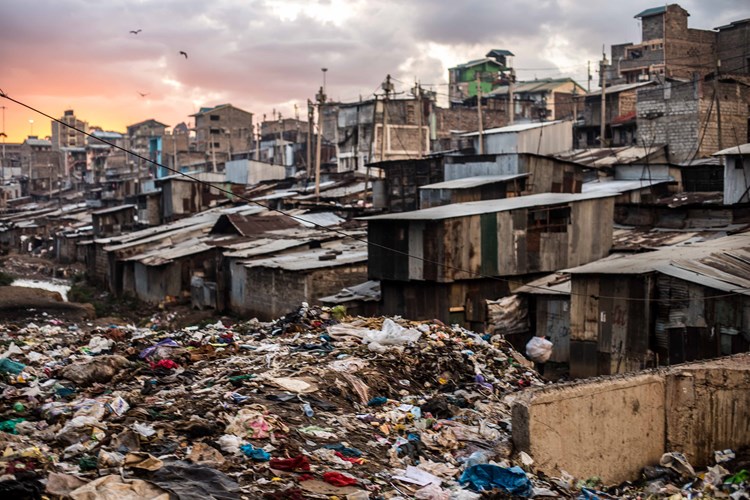 Austin became a known coach to develop good female football players, pushing for gender equality and becoming the champion of Kenya. He also began to include more children, work with the disabled, and help alcoholics, the homeless, and anyone who needs help in his neighborhood. He is also co-founder of two schools in Mathare, Valley View Academy, and Destiny Junior Education Centre, with 700 and 300 students.

The neighborhood is strongly affected by the business of an illegal locally-brewed alcoholic beverage called Chang'aa, which is often adulterated with highly toxic chemicals added to the brew to make it stronger. Very popular in Kenyan slums, it is one of the leading causes of death in the area. It is produced along the banks of the rivers. 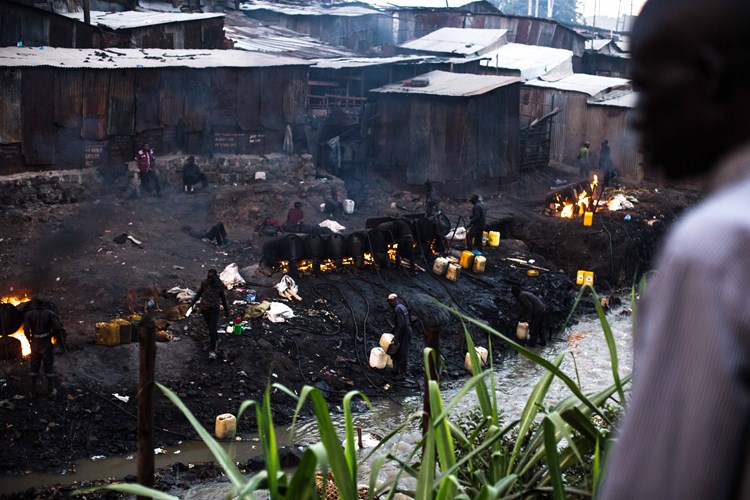 Austin Ajowi collaborates with Futbol Más, carrying out social football programs and promoting and developing resilience in children and adults living in disadvantaged communities. Futbol Mas believes in the power of football to transform disadvantaged communities by instilling children and youth with essential life skills such as resilience and respect and providing safe spaces and a fun learning environment. 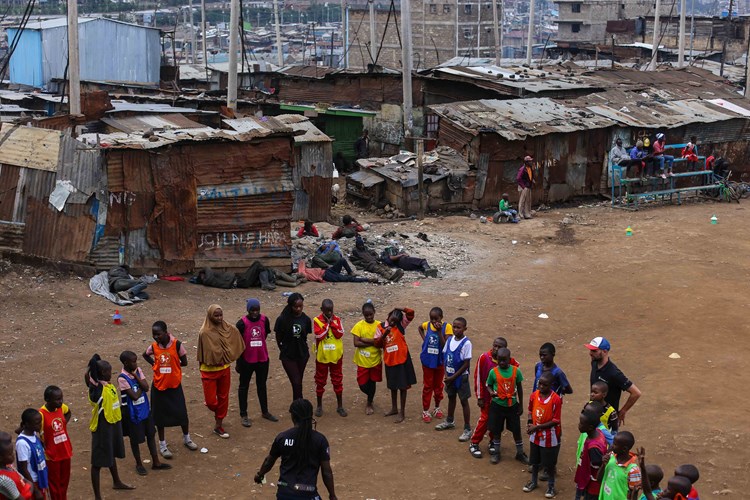 By donating to this campaign, you will be supporting Austin Ajowi and Futbol Más to deliver social football daily sessions for more than 1.200 children in Mathare and Kibera, the biggest slums in Nairobi. Furthermore, with your contribution, you will receive winning pictures of the "Nonprofit World" category of the "Festival of Ethical Photography 2021" along with the link to access the documentary that tells the story of Austin in Mathare. 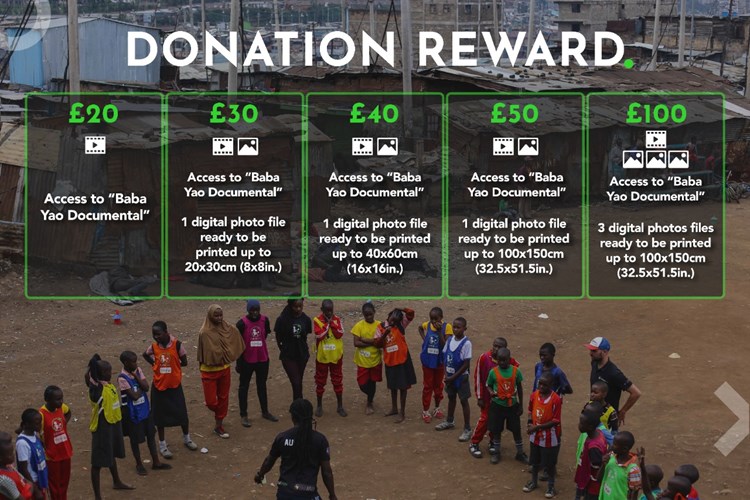 According to the amount of your donation, you will be able to choose between the winning pictures of the "Nonprofit World" category of the "Festival of Ethical Photography 2021" taken by Sebastián Gil Miranda, which you can find here. On this page, you will find a selection of pictures to choose from. Please send us the number(s) of the pictures you want to receive in high resolution, in line with your donation. You can reach us at info@futbolmas.org. 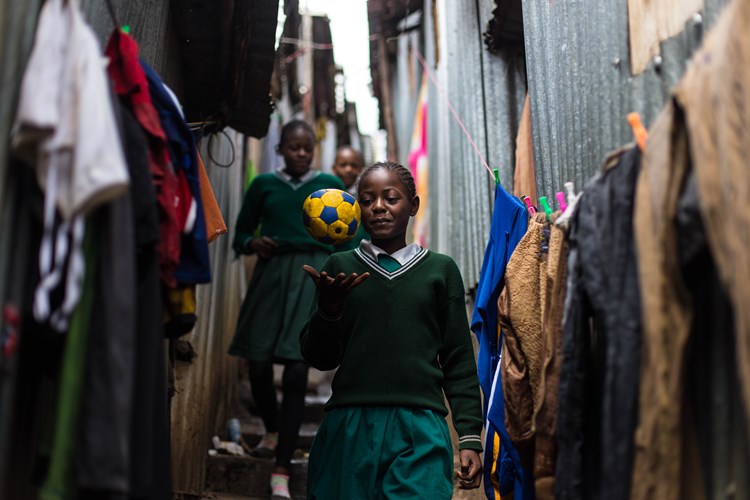 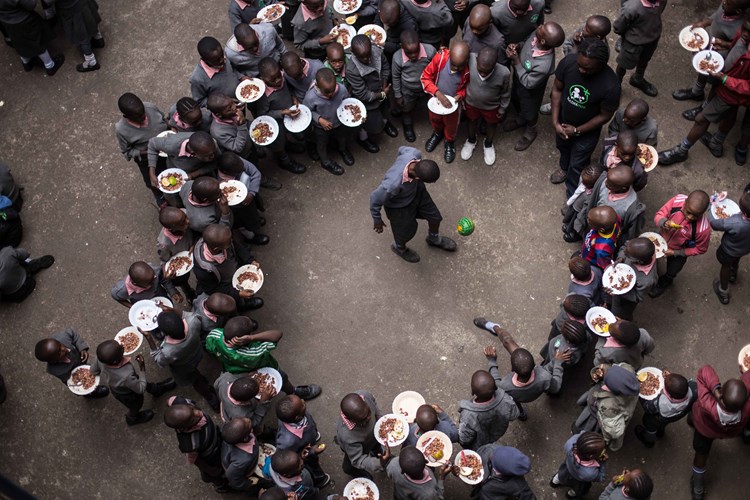 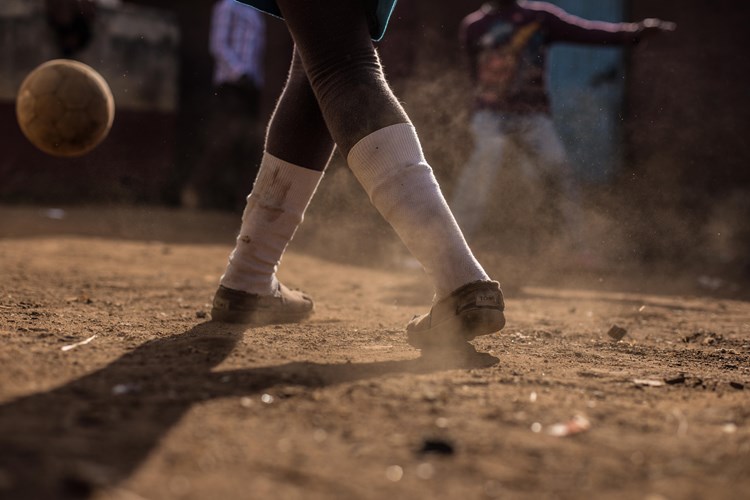 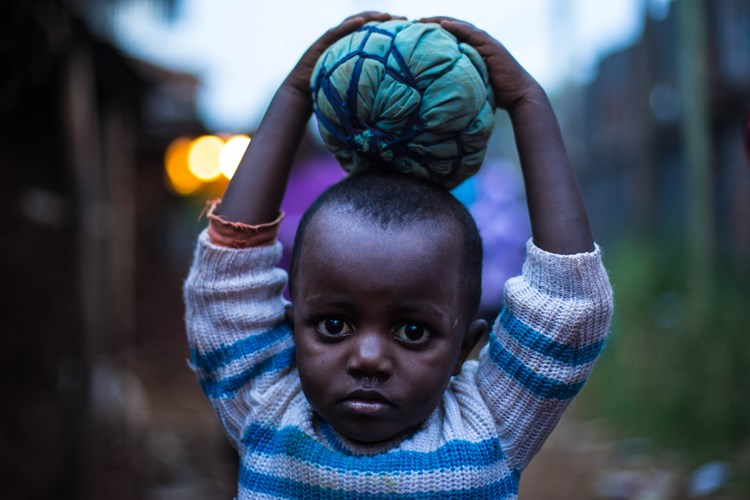 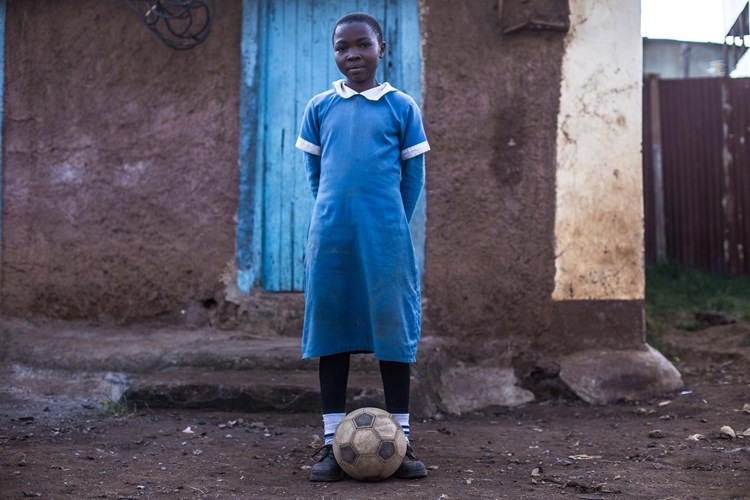 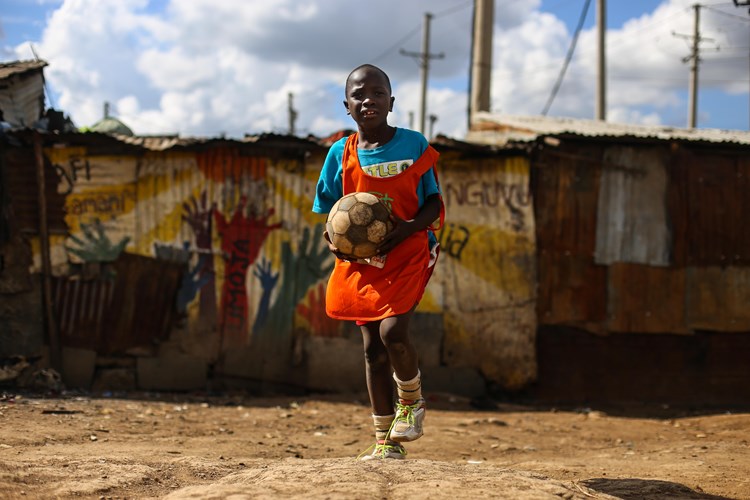 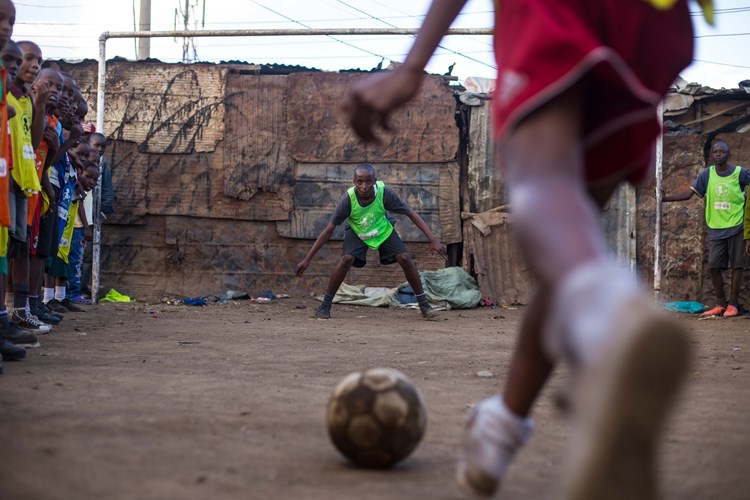 Fútbol Más is an NGO that promotes well-being and happiness in children and communities living in social vulnerability contexts. Through social sports sessions, the organization positively reinforce fundamental values in children.