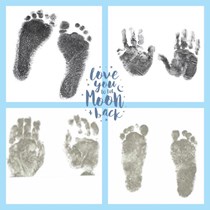 Weʼve raised £3,321 to help Caroline and Lee with the costs for IVF

I am raising money to help my cousin Caroline and her fiance Lee with the costs for private IVF after they have been so badly let down by the NHS.

Ever since she was a little girl everyone that knew Caroline knew she wanted to be a mum. We all talked about how she would be the first to have a baby and would definitley be the one to continue the history of twins in the family! When she got with Lee we all thought that her dreams of motherhood would soon become a reality. Unfortunately this was not the case and a long struggle to conceive began, culminating in NHS funded IVF. When she got pregnant we were all so excied for them both! Caroline and Lee found out they were due to have identical twin boys, a huge joy but also a high risk pregnancy which should have been closely monitored. Sadly despite several complaints of pain and trips to hospital where she was sent on her way being told “everything is fine” it later emergerd that the babies had developed Twin to Twin Transfusion Syndrome. If this had been checked for when Caroline had first said she was in pain she could of had a procedure and been monitored closely and their boys would have stood a fighting chance. Heartbreakingly at only 25 weeks and 3 days pregnant Caroline went into labour. She gave birth to 2 beautiful sons, Leo, born an angel and Tyler who put up an amazing fight and managed to stay with his mummy and daddy for 18 days.

This should not have been the ending to this pregnancy. Despite initially admitting fault the NHS are now saying that there was no wrong doing on their behalf. They state they are not trained to look for Twin to Twin Transfustion Syndrome and so take no responsibility for this tragedy. And now to add to that they have said that Caroline and Lee are not entitled to any further NHS funded IVF as the one round they had was deemed successful!?!

I hope that by helping Caroline and Lee raise funds to put towards private IVF that they can have their treatment sooner than the extra years they would have to spend saving and FINALLY have the bundle of happiness they really do deserve.

I am doing this to help Caroline and Lee fund their IVF so that they can have the family that they deserve.