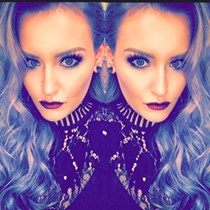 To start with we would just like to say that we hate asking for help and don’t want to beg for money. We just want to ask that any money our friends and relatives would usually spend on our birthdays or christmas presents be contributed towards the making of baby Phipps. Any extra would be a bonus. You can never know how much we appreciate this and want to thank you in advance for reading our story and contributing to making our dream of having a family a reality.

I was diagnosed at the age of 14 with polycystic ovary syndrome which came with a number of embarrassing symptoms. I was told that later in life I may struggle to have children but at 14 it was the last thing on my mind.

Fast forward to 2012 when Adam and I started ‘trying’ and the reality and the struggle became apparent with my irregular cycles and not a sniff of a positive pregnancy test.

In early 2014 the GP referred us to our local infertility centre. We waited several months before meeting our consultant and we underwent several investigations and were poked and prodded and had to provide many different samples of bodily fluids. The outcome was that Adams swimmers were perfect but I could not ovulate on my own. We were prescribed 6 months of Clomid which is an ovulation inducting medication. We made the decision that due to our planned wedding for october 2014 to put the tablets on hold until we were settled in our new marriage and new house.

In 2015 we began clomid and we suffered the mood swings and hot flushes together but although blood tests were showing that I was ovulating, we never got a positive pregnancy test. It took several months before we got another consultant appointment and we were then prescribed a further ovulation inducting medication called letrozole and metformin to help my PCOS. After 3 months I was fed up, unhappy and suffering with pelvic pain from the medication so a decision was made to stop. We knew that the next step was IVF but we were not ready for the big leap yet so chose to continue trying naturally and enjoy life.

In early 2017 we returned to meet our consultant but due to Adam not quitting smoking they would not put us on the IVF waiting list. He had to have quit for 6 months, so 6 months later we went back and were put on another very long waiting list.

In early 2018 we signed our consent forms and the wait for ‘our month’ began. 2 months of calling the fertility centre when my monthlys arrived passed. We felt disappointed and were told ‘sorry, not this month.’ Every month I felt punished with a negative test and a period from hell to top it off. We were left wondering would it ever be our turn?

On the third month I called the fertility centre and waited for the call back from the nurse. I had prepared myself for another let down but as the phone rang and I sat with everything crossed. We finally got the go ahead and I was invited in for my baseline scan and to collect my medication-our journey had began and I couldn’t contain my emotions. 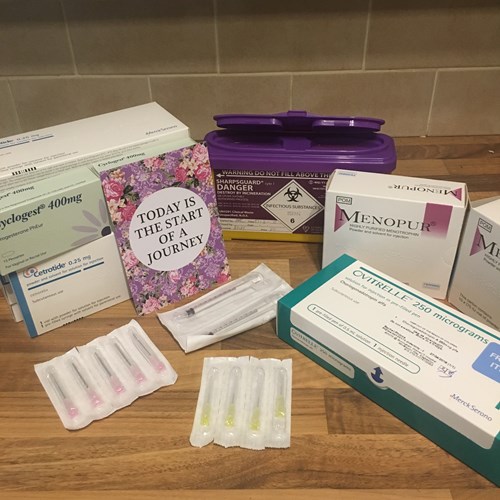 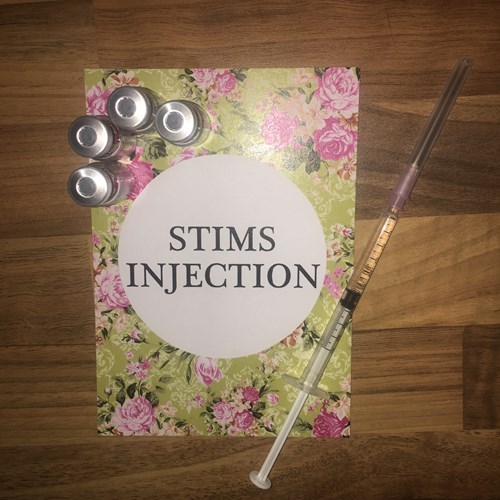 After an emotional long 21 days of injections twice a day, loads of invasive scans and tests and the doctors threatening to terminate my cycle as my body was not reacting correctly to the medication, we finally got the good news that my follicles were growing (and a lot of them) and our egg collection was booked! Now this was the scariest part for me as anaesthesia terrifies me but overall it was relaxing and over before I knew it. Whilst having the operation Adam had to do his important bit and then he was there when i woke up. We were informed that 20 eggs were retrieved which was an amazing number and we were both feeling positive!!! We just had to wait for the important phone call the following day to find out how many had fertilised. 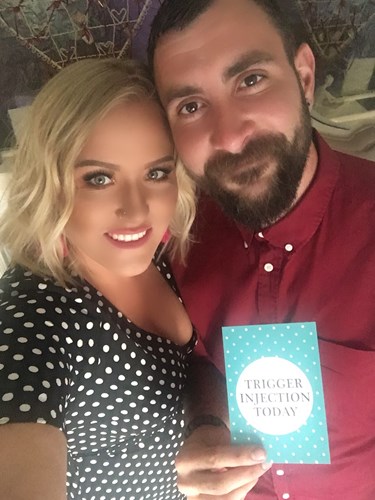 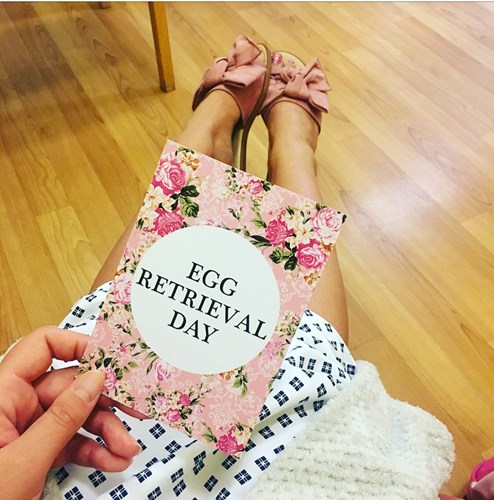 The following day our world came crashing down and my heart felt like it had shattered. Only 1 out of the 20 eggs fertilised which shocked the embryologists as a lot of my eggs were very good quality. We were reminded that it only took 1 egg to get pregnant and clung on to that last glimmer of hope. Our top grade embryo was transferred that following day because they thought the best chance of survival was to put it back into its natural environment as soon as possible. We had a photo of our embryo being transferred which we treasured and it kept us positive and hopeful. 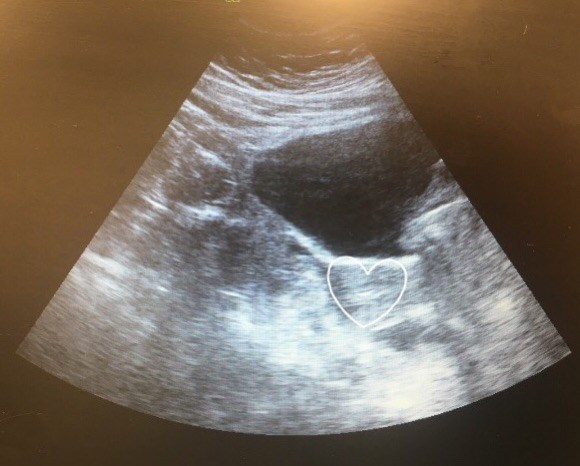 That little white curved flick in the heart was our baby!!

Our long 2 week wait for the all important pregnancy test started and we thought the hard bit was over.

A few hours after the embryo transfer I began to feel really ill. I was vomiting, in pain, I looked 7 months pregnant and I could not get out of bed! I was having to take pessaries which mimic signs of pregnancy and I put it down to that. Eventually I was admitted in to hospital with ovarian hyperstimulation from all the drugs I had been given. My ovaries were 10 times the size they should be!!! 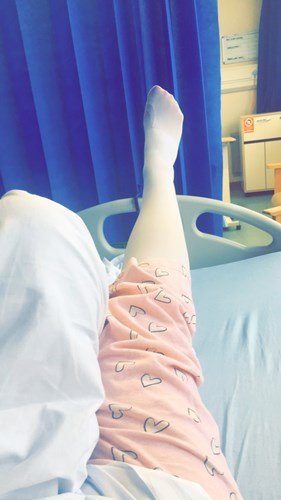 Whilst in hospital my sister gave birth to my niece Phoebe who I love with all my heart but it was a bitter sweet moment. I was discharged home after 3 days and began to slowly feel more normal although I was experiencing a lot of pregnancy symptoms because the pessaries were tricking me. I thought my days of injections were over but I now had to have blood thinning injections because of a high risk of blood clots.

Test day came around and i’d convinced myself that it was negative but held on to that little bit of hope. We longed to see that second line appear but it didnt happen and it broke me. All the emotions I had held in throughout the cycle came flooding out and I sank into depression as I had to call the clinic to tell them the result! I didnt stop crying for days, i felt like my body had let myself and everyone down and I vowed never to go through it again, so we escaped to Amsterdam haha.

Weeks and months have now passed and we have finally accepted it and i’m ready to move on with our next cycle. 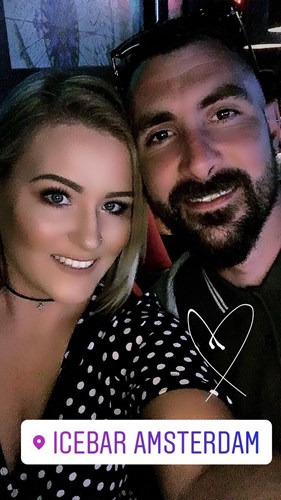 Unfortunately we now have to pay for our second cycle as the first is free on the NHS. Its going to cost us a minimum of £4000 and we are currently saving and trying to decide whether to go back to the NHS (which is a painful reminder) or go private this time. We aim to start again in early 2019, when if our first IVF had worked we would have been welcoming baby Phipps into the world.