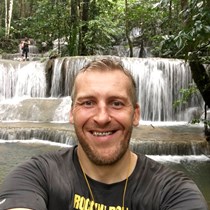 Weʼve raised £590 to fund the re-introduction of illegally captured orangutans #backintothewild Sumatra. It's a great way to help save them from extinction.

Human activity such as the illegal pet trade, hunting and land use change is having a significantly negative impact on the survival of our closest biological relatives, the great apes. They play important roles in the livelihoods, cultures, and religions of many societies and offer unique insights into human evolution, biology, behavior, and the threat of emerging diseases. Current information shows the existence of 504 primate species.

In the latest update to the International Union for the Conservation of Nature (IUCN) Red List of Threatened Species, four out of the six great ape species are critically endangered. This includes the eastern gorilla, western gorilla, Bornean orangutan, the Sumatran Orangutan, with the remaining two great apes namely the chimpanzee and bonobo being listed as endangered.

On the 2nd April 2017, i am running the Rome Marathon to raise money for the Sumatran Orangutan Conservation Programme and in particular their efforts to re-introduce illegally captured orangutans #backintothewild at the Jantho Orangutan Release Site. They need money NOW to fund translocation teams, transport and medical supplies.

Please, give an orangutan a second chance of freedom and donate. In return, i will smash each and very one of the 26.2 miles in Rome and hopefully raise loads of awareness for the conservation crisis affecting great apes #backintothewild

p.s in a recent scientific publication the impending primate extinction crisis was highlighted and you can read it here http://advances.sciencemag.org/content/3/1/e1600946

I am a postgraduate student at Liverpool John Moores University. Currently half way through an MSc in Primate Behaviour and Conservation.