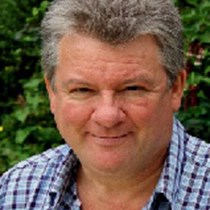 Vietnam has now banned bear bile farms! (But there are still many to rescue). Pressure is on China to do the same. Every bear rescued costs around $15,000 a YEAR for their maintenance including vets, treatment, food and housing. A lifetime commitment for EVERY bear. Can't release them back into the wild; can't re-house them with willing humans!

Nearly everyone had/has a teddy.
I discovered the horror of bear bile farms thanks to Twitter & immediately created www.banbearbilefarms.com to enlighten others and draw attention to this tragedy. Yes, bear bile contains high levels of UDCA known to be useful for treating liver/gall bladder conditions. However, there are now many herbal and synthetic alternatives with the same medicinal properties. Traditional medicine practitioners agree, nobody's health will suffer due to a lack of bear bile.

The difference is every day. banbearbilefarms.com uses social media constantly, alerting countries in all time zones. Supporters can also get information directly from the Animals Asia website & Twitter feeds which are regularly sharing stories of the bears' progress inc video footage and pictures. So in the process we hope to grow a sound base of supporters - Who would never want to see their teddy crushed in a box and then drained of a bodily fluid by the cruelest process you can imagine.

100% of the money will go to AnimalsAsia.org directly & solely to support the rescue & recovery work at their sanctuaries in China & Vietnam. I'm going at my own expense to China in March 2017 & then Vietnam to see this worthy cause in progress & will report. There is absolutely no better organisation on Planet Earth doing as good a job as they are in terms of not only the rescue but working at the highest government levels without judgement to slowly but surely change the laws and policies.