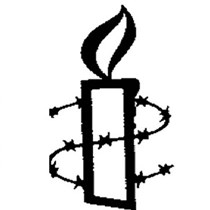 Starvation is rife among the 65,000 Vanyaneke and Ovaherero people living in the Gambos area, after 67% of communal grazing land, which once mitigated against the impact of drought, was illegally allocated by the government to commercial cattle farmers.

Pastoralists, for whom milk, cheese, yoghurt and meat production are the main source of their livelihoods, have been left insufficient and unproductive land for growing food and grazing their cattle, and with water shortages.

The situation is now so dire that people have resorted to eating wild leaves, causing many to suffer with sickness and diarrhoea. People have died because of hunger.

Under Angolan law, there must be full consultations with affected communities before their land is taken away, but land used for centuries as communal grazing land by pastoralists has been taken away from communities without due process, and without compensation.

Amnesty is calling on the Angolan government to provide urgent emergency food assistance to the communities facing hunger, declare a moratorium on land grants, and appoint a commission of inquiry to investigate how 46 commercial farms ended up with two-thirds of the best grazing land in the area.

Amnesty is arranging for a local Angolan activist, who is leading the campaign on the ground for these desperate communities, to visit the UK to meet Government and Charity representatives to plead for urgent support.

Please help us to fund the visit.

Thank you for reading about the plight of these poor people.