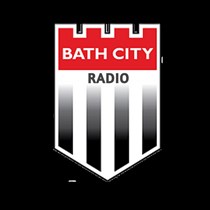 Jerry Gill and Mark Stillman will be running 25 miles from Twerton Park to Ashton Gate and back.

The Bath City FC and Bath City Radio managers are attempting this exhausting task on Sunday 30 January to raise money for JDRF UK, the Type 1 diabetes charity, with some proceeds to the Football Club’s radio station.

“Oscar was very lucky he got the specialist treatment that he urgently needed as his little body had gone into DKA which is life threatening,” said Gill. “It was a severe virus that attacked Oscar’s immune system which triggered the Type 1 and left him with this awful disease.

“People should never assume if you have diabetes it is because you have eaten too many sweets or you have an unhealthy lifestyle.

“Oscar still has the very balanced diet which he had at the time and is extremely active enjoying many sports, especially football.

“The more awareness we can put out there the more lives can be saved, and the children can gain the medication they so urgently require.

“The stigma is part of the daily challenges but Oscar and everyone around him deals with the highs and lows.

“The support and care from JDRF UK has been nothing short of incredible.

“Please help support myself and Mark on this gruelling challenge where we are hoping to raise some valuable funds that can be donated to this amazing charity/organisation.”

Gill, 51, is an active runner having completed the London Marathon twice with a best time of 3:46.30, and the Cheltenham Half Marathon in 2018.

“This will be almost double the furthest distance I’ve ever attempted,” said Stillman, 36. “I expect I’ll still be sore for days but it’ll be worth it.

“I’m delighted Jerry’s decided to accompany me. Initially I was intending to complete a fundraising run alone for the radio, but decided we can spread the message further with two of us and for a charity close to his heart.

“Our voluntary radio station raised enough to cover us for nearly three years for my last run. I’m hoping we can smash our previous figure.

“We will decide on percentages to each charity/voluntary organisation depending on how much we raise, but JDRF UK will be the main beneficiaries and rightly so.”

There’s more information about JDRF UK on their website.

Bath City Radio produce commentaries for every Bath City match home and away via their website. It is entirely run by volunteers.