Weʼre raising £6,000 to remember the near 3,000 of the 'Few' by supporting the National Memorial at Capel le Ferne & the Kent Battle of Britain Museum, Hawkinge.

To commemorate the 80th Anniversary of the Battle of Britain we are running a total of 80 miles in just 5 days. Our route will see us run between 16 significant Battle of Britain Fighter Stations and locations in the UK. These being:

Our objective is to raise as much awareness as possible, in this poignant anniversary year, for the courageous 'Few' - the young men who defended Britains skies during 1940 from the relentless German Luftwaffe and an inveitible invasion. There is now just only one known surviving aircrew alive from this historic Battle, Gp Cpt John 'Paddy' Hemingway DFC, who turned 101 in July. In tribute to this hero, alongside all of his comrades, we hope to continue their memory by raising much needed funds to support both the National Memorial to the Few at Capel-le-Ferne, and the Kent Battle of Britain Museum Trust at Hawkinge, who receive no public funding. Particularly with the impacts of Covid on them opening their revenue streams have been severely impacted.

With just under 3,000 RAF aircrew who served during the Battle of Britain, between the 10th July - 31st October 1940, we hope to raise a minimum of (and hopefully well exceed) £3,000. £1 for each of these brave young men should not be a hardship. More than 540 would lose their lives during this period with many others either badly injured or maimed, or who would not see the end of the war. The Battle of Britain was a hugely defining point in world history and enabled the platform for the liberation of Europe, the defeat of the Nazi regime and the preservation of world freedom. 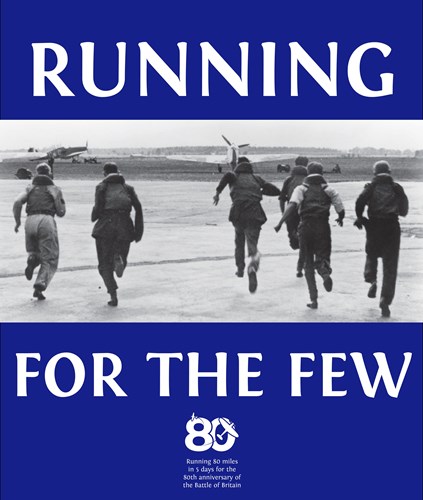