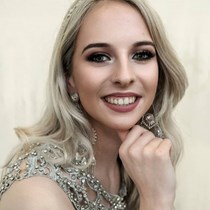 Weʼve raised £105 to Raise Money For Papyrus - Prevention Of Young Suicide A local charity which helps so many young people as part of my Miss England Journey.

As Part of my Miss England journey - I am raising money for Papyrus which is a great charity which helps support young people and also help the prevention of young suicide.
I have 3 weeks to plan - fundraise and raise awareness of this incredible charity.
Our Vision

Our vision is for a society which speaks openly about suicide and has the resources to help young people who may have suicidal thoughts.

Papyrus has a mission statement:

We exist to reduce the number of young people who take their own lives by shattering the stigma around suicide and equipping young people and their communities with the skills to recognise and respond to suicidal behaviour.

Our Beliefs and Values:

Beliefs that guide our thinking:

PREVENTION: Many young suicides are preventable

PASSION: Those who are touched personally by a young suicide have a unique contribution to make to our work

LEARNING: There are always lessons to be learned from listening to young people at risk of suicide, those who give them support and those who have lost a young person to suicide.

i strongly support this as in my community there has been a number of young suicides in the last 3 years and they were all people i knew through school or were in the same groups as me.

Personally I think young people need so much more support than they receive and government cuts to things like school therapists and councillors aren't helping when things like social media apps and TV shows are making young women and men set unrealistic standards for themselves - resulting in people thinking they aren't good enough and people thinking because they are behind a keyboard they can bully and hurt people. It NEEDS to change.