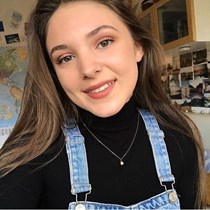 My name is Becky and I'm a first year Marine Biology student at the University of Portsmouth. I have been interested in marine biology and in specific marine conservation for a number of years due to the current deteriorating state of the world's oceans. I feel that you can only effectively conserve a species if you have fully studied it and how their presence affects an ecosystem and the oceans as a whole.

I will be spending two weeks in the South Buton marine research centre in Indonesia, that monitors a number of reefs in the Coral Triangle. This site works with local stakeholders to implement conservation management strategies while taking into consideration areas of high fishing pressure and preferred catch methods. The site also has a small team working in collaboration with the Global Fin Print Project, which monitors shark and ray populations around the site.

During my expedition I will use the skills I gained from completing my PADI Open Water Diver qualification back in 2017, to learn a variety of survey and monitoring techniques for in-water data collection. The data collected is for the use of specialist marine scientists to form scientific publications about the findings in international journals. In my first week I will complete an Indo-Pacific reef survey techniques course consisting of two lectures and two dives a day. I will learn about the survey methods used to assess different aspects of the reefs and some of the commonly encountered species. In my second week I will help out the marine research teams through dives and data collection.

I have managed to save up the majority of the costs to pay for flights and accommodation. However, all money raised will be greatly received and will go towards funding the marine research and conservation work I will be undertaking over the two weeks I am in Indonesia.

To learn more about the organisation: Operation Wallacea Website