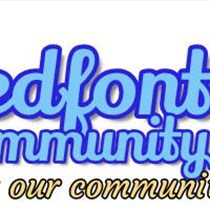 Weʼve raised £1,060 to To Help cover our overhead and fund Lunches for children's in the community

FELTHAM
Children and youth
Funded on Monday, 17th May 2021

We would appreciate it if you could take the time to read this and see what we are doing at Bedfont Lane Community Centre Feltham.

At the beginning of the first lockdown in April 2020 we started to collect clothing for children and baby equipment as there were no car boot sales or charity shops open where people on low income get their clothing etc. at reasonable prices and all the cheaper shops were closed. We had lots of response and helped over 40 families.

As the community center was not open for hire to the public and all our after school clubs had to close, we had no income coming in to cover our overheads, so we had to use the money which has been saved for children’s holiday activities.

In November 2020 we decided there must be more that we could do to help our community after hearing people's stories about how people are struggling to try to claim benefits and losing their jobs, we were told by someone that there was another charity which was helping people with food called Surplus to Supper. We decided to go and see what they were doing at their main hub in Sunbury. Myself and Emma were really surprised at how much stock that they were offering people. Surplus to supper is an amazing charity that collect out of date, but perfectly safe to eat from all major supermarkets, wholesalers, and companies that have over stocks of food which would otherwise have gone to landfill.

So we started to do this Monday to Friday for 2 hours a day till the new year. We were then only going to do the surplus for 3 days a week, but we were receiving messages from people asking when we would be open again. It has been very successful and in the last 2 weeks we have been having between 25 - 30 families per day coming to the Centre to collect food, which totals 350- 400 people per week that are receiving surplus food. This is because people have been telling us they have had a referral to a foodbank but when it comes to their turn they were told that there is no food left, we feel this is outrageous as the foodbank are having support through grants and collections.

Surplus to supper supplied us with a collection box and we asked people that come to collect food to make a mindful donation. The money that goes into the box is split 50/50 between Surplus to supper and ourselves to help cover our overheads. This is the only funding that we have coming into the Centre and we are struggling to cover our overheads at the moment. We will only be able to manage another 4 weeks without help.

As Feltham is in the lowest 20% of deprivation in the UK, most families can’t even afford to make a donation of any kind. We do not turn any families away; we always make sure they have food to feed their families.

In the last two weeks we decided to start making children lunches as the schools and government have not sorted anything out for the family who are on free school meals. The numbers have gone up each day, we are now doing over 30 lunches a day.

We are asking for your support in helping us to cover the cost of lunches as we are having to buy take away tub’s and some of the food as we don't always get the right type of food to make lunches suitable for all communities from Surplus to supper. We also would like to keep a stock of food, toiletries and nappies which we can give to families who can not get help from the food banks, these are the people that are being denied benefits for one reason or another, eg self employed, one other family member working, we also get calls from support workers to help vulnerable people in our community. We are also asking for help to cover our overheads to the community Centre as we won't be able to survive much longer without help. The Centre is an old building which has been neglected by Hounslow council for many years, the electric is our main outlay as we have 32 old type tube lights in the main hall which needs to be on as it is so dark.

It is being run 5 days a week by volunteers giving up at least 5 hours a day of their time. We have tried to get support from the council but nobody seems to be able to help us and as usual Felltham and Bedfont are always forgotten.

A big Thank you for all your support, you can follow us on Facebook at Bedfont Lane Community Centre.

Carol, Emma and the team.