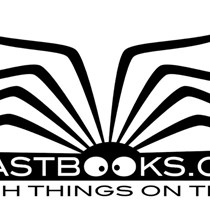 Weʼve raised £1,130 to open an authentic Belfast 1970's themed fry cafe that does regional fries from all over the UK and Ireland.

We’re a volunteer run bookshop in a socially disadvantaged area of North Belfast and had pretty much ran out of money after 4 years of subsistence book selling. In the first phase of the crowdfunder before Christmas 2018, we needed around £1000 to keep the wolves from the door. People rallied to the cause and the immediate pressure is off, so we can keep the doors open until the better weather comes and sales improve.

We can't rest on our laurels though, and like those who didn't vote for Shan in X Factor, you shouldn't assume that we're safe. We need you to give what you can, and just as importantly share our crowdfunder on all social media platforms that you use.

There’s nothing in it for you after you donate, no t-shirt’s, no rap songs personally written for you by Mr Books , no tiered donation rewards, no equity in the business - nothing like that. What there is though is knowing that when the call went out, you answered it as best you could and you helped keep a good thing alive. Have a look at the love there is for us in the comments of those who have donated before you.

For those of you who have never been to the book shop, we’re based in the heart of a working class area of north Belfast and for reasons of sectarian geography and class, this part of town isn’t a destination address to many, if any. Some days in the winter months we don’t have a single paying customer at the shop, but we’re still there helping the community with housing issues, writing letters to government bodies for people with learning difficulties, supporting people with mental health difficulties, alcoholism and drug addiction. We're much more than a bookshop but we need the additional revenue stream from a cafe to ensure that we can continue with the bookshop and the other community support work we do.

The reason that books and reading matters so much to us is that John’s own father, who passed away this year, could barely read and never read him a bedtime story or helped him with his homework. That in a nutshell is why John willed Belfast Books into existence on Belfast's York Road in 2014 and why he’s still passionate after four challenging years. No one else before or since in Belfast has been stupid or brave enough to go right into the dark heart of illiteracy; shine a book-light in and bring Rowling, Steinbeck, Orwell, Pratchett and Wilde at cheaper than Amazon Marketplace prices to a working class area.

As well as books, we're massive fans of the Ulster Fry, Anglo-Irish Fry, Occupied Six Counties Fry, and even the 26 Counties Irish-American fry. Yes, that one with the pancake, hash brown and black and white pudding. In fact, it is pretty safe to say that we run pretty much all the fry related slabbering action on Twitter.

The reason we're aiming to raise £15,000 in this second phase of the crowdfunder is because we want to open a cafe on our first floor. Not any old cafe, but a 70s Belfast themed cafe that specialises in regional fry ups from all over the UK and Ireland.

Imagine a cafe where asking for fried bread with your fry didn't get the staff whispering and taking a ninja pic of you in case they need to show it to the 5-0 at a later date? Imagine a place where you can see vegetable roll on a plate with the plastic still on it (saves on dental floss). Or what about a place where ordering fried Veda with your fry doesn't lead to a loud alarm going off and shutters coming down? Chips with your fry? According to a few of our Twitter followers, that's a 'Golfers' Fry'!!! With your help, we can all have that place. Salivating much? Donate and watch the figure rise.

We’d ask that you don’t go all spammy here tormenting famous authors, lottery winners from Moira, yer man who used to be editor of the Daily Mirror or famous boxers from Tigers Bay, but we’d like to get this appeal it in front of those who might be able to help financially.

It would be a great fillip for this small part of north Belfast if the wider world could give of itself to promote literature and literacy in this place and to open a cafe that is more 'try bacon' than Tribeca.