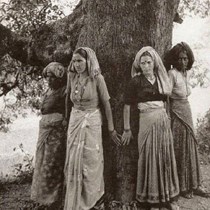 Belfast Homeless Services (which previously operated under The Place of Victory for all Nations) is set to close this week due to lack of funds and available premises.

Liz Rocks, Co-ordinator of the drop-in centre, said the service has "40-60 service users who come in per night and as of Thursday night we won't have anywhere to house them. It's not just that, they've become a family."

In the absence of a functioning assembly proactively dealing with this issue, it's imperative that we, as a community, gather to support some of the most vulnerable in our society.