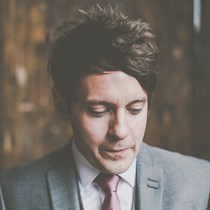 On 27th November, it will be exactly a year since my Dad suffered a serious heart attack, which very nearly took him away from us if it were not for two things.

The first was that he was at work and his work mates had the presence of mind to realise something was seriously wrong and called him an ambulance straight away.

Secondly and more importantly, paramedics from North West Ambulance Service were with him in minutes. If that was not enough they got him to Manchester Royal Infirmary within 10 minutes which at the time, I didn't think much about, but I realise now without these fantastic souls, that he may have not been with us today.

For that reason, I am running Wilmslow 10k on 25th November to raise money for the North West Ambulance Service.