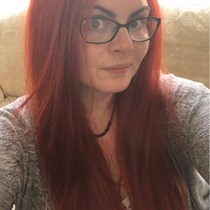 Weʼve raised £1,180 to #bensbestbirthdayever Fund to buy Ben his iPad and sensory items for his bedroom

copied from a post by Lisa Jackson (Ben's Mum)

This is Ben, my son, he is 10 and has high functioning autism,.

He has a heart of gold and just wants to be friends with people but his autism makes it extremely difficult for him to achieve this.

He is the child that never gets invited to other children's birthday parties, that sits alone in the playground, that doesn't have anybody round for tea and nobody to go out to play with.

On a previous birthday I hosted a birthday party for him, inviting around 25 children. He was so excited and really looking forward to it.

Only two parents replied to the invitations I sent out but the party was arranged and paid for and Ben was excited about it so there was no way I could cancel it, I wrongly presumed that a few more would just turn up on the day but at least two were coming which was better than none at all.

Everything was set up and Ben sat there eagerly waiting for everyone to turn up. 2pm came and went and nobody had arrived.

Ben sat there saying repeating over and over they will come in a minute won't they mum. He still thought they would show up to help celebrate his special day.

By 2.30pm he was getting more and more anxious and visibly upset, he kept asking me where everybody was. I just didn't know what to say to him. It was obvious at this point that nobody was coming!!

It was the most heartbreaking moment ever not only for me but for him to. This day had a lasting effect on him for a very long time, he was devastated, it knocked his self confidence, heightened his anxiety and is something he will always remember.

I met with Ben and Lisa today to give the fantastic news that we reached our original target to get Ben an iPad. After recieveing the owerwhelming support I have decided to continue this page in order to help Ben's mum update his room to fit his sensory needs.