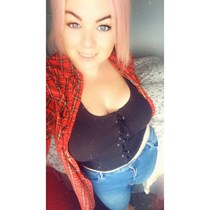 As you are all probably aware by now our, Wife, Mother, Nana, Friend and Mentor Christine Gill has sadly been diagnosed with Stage 4 GI junction Oesophageal Cancer. She was told that she was in the top 25% that could possibly be cured. The tumour was advanced but localised. After further tests they have found a lymph node away from her original tumour that has cancerous cells. The Multi-Disciplinary Team have now stated that surgery and radiotherapy is not an option under the NHS,, but they will be doing EOX chemotherapy as part of palliative care. After doing some research there is alternative treatments and more options for Christine but unfortunately these will have to be privately funded, these could save her life. Christine is married to her best friend and soul mate Tony , she has Ashley and Bethany her children and her grandchildren Charlie and Nancy who play a massive part of her life. She also supports her elderly mum ,along with this she also loves her career in the West Midlands Ambulance Service .Chris is keen to beat this and return to her duties on the front line. She started her career in the Ambulance service in 1984 as a Control Room Assistant. She continued to work within the Control room for 13 years rising through the ranks and ended up as an Officer overseeing the day to day running. In 1997 Christine changed career paths and trained to be an Ambulance Technician for 2 years until progressing to becoming a Paramedic in 1999.Throughout Christine’s career as a Paramedic she has mentored existing ambulance staff and trainee paramedics from different universities across the West Midlands. In 2004 another challenge was upon Christine when she was selected for the role of Emergency Care Practitioner, she attend Worcester University for this and practiced for 4 years suturing wounds, prescribing antibiotics and helping the ambulance service with their hospital avoidance plan until 2008.In 2008 Christine was seconded to work as the Hospital and Ambulance Liaison Officer where she worked at both Worcester hospitals ensuring day to day tasks ran smoothly between both Ambulance and Hospital Trusts. A year later Christine was successful in being promoted to Head of Clinical Practice for Women and Children for West Midlands Ambulance Service. Within this role Christine was responsible for key equipment implementation which to this day aids Clinical staff’s decision making and conveyance of children easier and safer. During her time as Head of Clinical practice she was sent to Kolkata in India as part of a study tour where she worked in the slums helping the local children and families. In 2013 Christine returned to operational duties as a Paramedic due to personal and family needs, she soon returned to her old ways and began mentoring students and other clinical staff and became a Clinical Team Mentor. Whilst working back on an ambulance Christine was asked to appear on not one but two different television series on the BBC and Chanel 4. Anyone watching this can see the reason why we all love this Lady so much, and why she has only ever had compliments about her care towards all her patients. After 34 years of service it was time to take a step back and retire and return on a part time basis. This was to Christine one of her best achievements as it meant she could dedicate more time to the most important thing in Christine’s life .... FAMILY ❤️And here we are now, after a lifetime of helping people, and only having retired for 3 Years! Christine needs OUR help! She is such a selfless, considerate, loving caring and strong person inside and out.

We are asking you anything that you could spare to help her fight this battle, all of your kind donations will be used to fund private treatment and things that will assist Christine in having an easier life through this horrible time. @Christine’s goal is to beat this and get her uniform back on to save more life's. Thank you so much