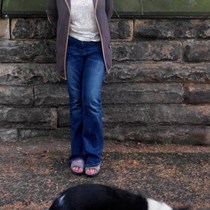 Weʼve raised £2,080 to Fund a headstone for Alan and Natasha Wise's grave

We are raising funds to erect a headstone on the grave of Alan Wise, legendary Manchester music promoter, Factory Records, Manager of Nico, a nationally and internationally renowned character, great friend and mentor to many of Manchester most iconic artists and musicians and many who now form the backbone of the Manchester music scene; and father to the tragic and dearly loved Natasha Wise.

Alan's and Natasha's family and friends raised enough money to pay for Alan's funeral however, many people have expressed wish to have a headstone on their grave as a permanent legacy. The headstone will cost approximately (up to) £4500; we have already had £2500 committed to the fund by some of Alan's close friends and music associates.

The design and text have already been agreed in consultation with many their family and many friends. The grave is in a very beautiful part of Southern Cemetery - the location was chosen specially by the staff from the funeral directors and Southern Cemetery, many who had attended events hosted by Alan; it is an area where many young people have been laid to rest and is placed, thematically, very close to the grave of Alan's friend and colleague, Manchester music icon: Tony Wilson.

I hope the headstone will tell a lasting story of one man's significant contribution to the ongoing vibrancy of music and the arts in Manchester.

I was Alan's partner and I miss him everyday - and, like Natasha's family and friends, there is a broken part of my heart that will never heal and will always belong to the tragic and beautiful young Natasha and to Alan.