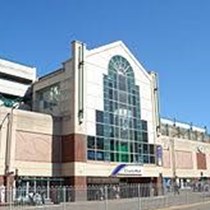 On the 3rd October a Bewbush man (91) was robbed by 2 men claiming to be there to check the water pressure... they stole £1000 whilst the man was distracted. We want to track him down and replace this money for him. Below is an extract from Sussex Police press release

"The pair knocked at the door of an elderly resident in the Bewbush area between 2pm and 3pm on 3 October, stating they needed to check the water pressure in his property.

The 91-year-old victim had recently been notified by Crawley Borough Council that refurbishment work was due to commence. He presumed the men were from the council and let them in without asking for identification.

Once inside, one of the men asked if he could pull out the washing machine to check the water pressure, and requested for the victim to empty the cupboard beneath the sink.

In doing so, the second man disappeared from view. He returned a short time later and both men made excuses to promptly leave the property, before the washing machine had been returned to its position.

After they left, the victim went into his bedroom and discovered £1,000 in cash had been stolen from his bedside drawer. He knew exactly how much money was there as he had been saving for a mobility scooter.

The first suspect is described as white, in his 40s, about 5’10”, with dark brown hair which was unkempt and slightly curly. He had two broken or missing teeth from the upper left side of his mouth. He was wearing a dark blue boiler suit.

The second suspect is described as a man of Asian or Indian appearance, aged about 18, about 5’10” and of slim build. He wore a dark coat with small silver buttons."