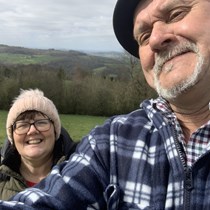 Is a Double Decker Bus that’s going to be a Shelter for The Homeless and is being converted by Kind donations by you.

Why .... I believe that in this day and age there shouldn’t be people sleeping on our streets and suffering abuse,I seen another bus which had been converted and thought what a great idea and thought I would try and raise funds to buy a bus and do one for Cirencester and if I failed I would donate any money raised to a homeless charity and so this is the story of The Big Yellow Bus Project

In late July of 2017 the The Big Yellow Bus Project was born and I held the first events in Swindon , Stroud and Cirencester to help raise funds useing the power of live music and with the help from very kind hearted bands from all over the uk who were playing for free we started to raise the funds to buy a double decker bus and also of course with the kind donations from all the people from these towns and even people from further away city’s to,and on September the 23rd 2017 I had raised over £3000 and with that money I started the hunt to buy a Bus I found a fantastic bus on a well known auction site and with fate I won the Bus a real bargain and myself and a good mate went and collected the bus from Stansted and brought it back to Cirencester,and now the bus is being converted to a Shelter for the homeless were the homeless will be able to sleep safe and be in the dry and warm,it’s a massive task and relies on donations to help fund the project there’s still a lot to do but I still need to hold events or again relie on Kind donations from the public to help raise funds to buy materials to carry on converting the bus,I am trying to do this project at the lowest budget possible but with the highest standards hard task I know but it can be done,I still live in hope a kind company will come in and donate or sponsor the bus and then I can finish the bus a lot quicker and that would mean the bus would be in use a lot quicker to but at the moment I have to hold events to help raise funds or again relie on Kind donations and it’s making the project a lot slower but we are getting there and I will keep plugging away with the help of my two great friends and of course with your support we will help change lives,

It’s well worth it to help those that will be useing the bus especially in the coming weeks,but the project does not end hear,of course I will still need to raise funds to keep the project up and running etc,I am also hoping some of the local Bigger companies will see the project and want to help towards it,

I am also working very very closely with Gloucestershire Police ( Cirencester) who are Supporting me and helping with advice etc and Together we hope to improve lives of those that are homeless in Cirencester,

The Bus is almost Ready to be put into use, few jobs to finish off and get sorted on the bus and then it will be moved into its location on

I would like to say a Huge Thank You to Everyone that has helped me get this project we’re it is today ...

Well it’s been helping homeless people now for a few months,so so very lucky to have wonderful volunteers that help and support the project they are the Heart Beat Of The Big Yellow Bus Project and we are always looking for more volunteers to help move the project forward,we really need more volunteers to cover night shifts as at the moment we are paying for cover and it’s taking most of our donations and funds on top of that there’s still all the insurances to pay I really do hope this will change later we just hope a big company can support the project and help supply and cover the costs of this in the future but till then we need your help ....thank you for all your support xxx please check out the web site for more info and video

If you can help by donating or sponsorship to The Big Yellow Bus Project please contact me on 07808030220 or via email to gerryminicar@aol.com

1) Front page (short) - punchy introduction, what the BYBP is.

2) About the Project - more in depth, and some notes about you, why you've set it up and so on. The story in more depth.

4) More photos of the work in progress and the bus itself.