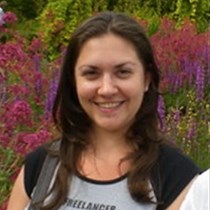 My brother met his wife online and moved to be with her in Australia in 2013. She had a son, Ethan, who became my parents first grandchild and it has always been difficult that he's so far away. Since then they've had two daughters, Leila and Lucy who are going to be 4 and 1 this summer.

My parents decided to sell their house so they could afford to visit them for Christmas but the buyer pulled out with two weeks to go last September. They were crushed that they wouldn't be able to meet Lucy while she was still a baby but found another buyer and planned for us all to visit this July so we could be there for both of the girls and my brother, Kyle's, birthdays. All set to move house on April 1st, their current buyers have just pulled out again yesterday. My mum especially is devastated.

I feel horribly guilty since the reason they're struggling for money is they've been supporting me for the past year. I suffer from bipolar disorder and lost my PIP benefit last March (2018). We're still waiting for a hearing date for the appeal. Covering my electricity and food bills has left them in debt.

I don't plan to go with them anymore since that would require asking for far too much money. I just want them to be able to spend time with the children they dote on so much.

I'm not looking for the trip to be paid for with donations. If I can raise enough to send them, I see it as a loan. Once the house is sold, or if I win the appeal with backpay, I'll donate all money collected to a charity. If you would like your donation to go to a specific cause, please let me know.

Thank you so much for taking the time to read this and even more if you choose to help.