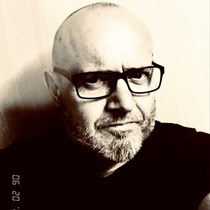 Weʼre raising £2,000 to Create a memorial for our friend Bill Pearson

Sadly, our friend, colleague, boss and mentor Bill Pearson passed away due to respiratory failure at the beginning of March. He has no living family to say farewell or remember him.

This page has been set up to raise the money to give him the memorial and send off that he deserves.

Due to the current state of the world Bill will be cremated and scattered in private, with nobody allowed to attend to say goodbye. His ashes will be laid to rest at Woking Crematorium.

Remaining anonymous in a cemetery is bollocks. Bill deserves more than that.

£1200 will get a rose bush and plaque in the garden

£2500 will get a boulder with memorial plaque in the garden

I know he’d be chuffed if there was some money left over to put behind the bar when we can meet at his favourite pub and share our memories of him.

Times are very trying now, but let’s see what we can do.