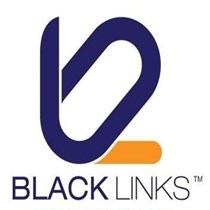 Weʼve raised £180 to help Joel Mark (Captain Jex) follow his dream to be the first Afro Caribbean to sail solo around the world. We've raised £445 so far!

Joel Mark is the first Grenadian to sail solo across the Atlantic Ocean. From poor and humble beginnings to becoming a world sailor, his goal now is to be the first Afro Caribbean to sail solo around the world.

In 2015, he was inspired by a dream to sail a single handed passage which would take him and his boat on an adventure of a lifetime circumnavigating the entire Globe. He said that this mission "is not for fame but to show the young people in Grenada that it is worthwhile having a dream". His aim would be to use this journey to build a sailing school/workshop in Grenada to provide underprivileged youngsters with new opportunities.

On February 7, 2016, he received the Camerhogne Award from the Government of Grenada for his sailing achievements. This event further encouraged Joel to embark on his voyage to be the first Grenadian to sail solo around the world.

He started preparations then departed from Grenada with Ga’sietoe, his sailboat on June 22, 2016. He arrived on June 28, 2016, in St Maarten then departed on July 10, 2016. Having spent 52 days sailing, he finally arrived at the Azores on September 1, 2016. In an attempt to sail to the UK, his sailboat, Ga’sietoe sustained damages and due to adverse weather conditions he was forced to abort his voyage until a later date. He intends to carry out all the necessary repairs and outfit the boat to continue his voyage to be the first Afro Caribbean to sail around the world – solo!

As of May 2017, Joel has acquired a new management company, Black Links Global to arrange his sponsoring and support with this fantastic voyage and adventure. Black Links is the world’s leading black business community, building links across all black business owners worldwide.

Please support Joel by helping him to raise funds for his day to day voyage expenses such as food and water, fuel, transit fees, marina, harbour and mooring buoy fees and repairs and renewals of boat parts etc,