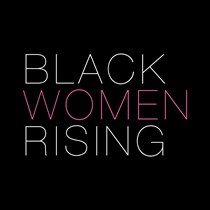 Health and medical
Funded on Friday, 21st May 2021

The Black Women Rising cancer project was set up in 2017 by community champion Leanne Pero after her own battle with breast cancer at 30 years old, after realising the NHS lacked specialist support and services to black and other ethnic minority cancer patients. Many women Leanne met during her battle were either mis- diagnosed, were not being offered mental health support and generally felt excluded from communication with their consultants which echoed the many other health inequalities amongst others in the BAME community.

As well as these injustices- the unhelpful myths and taboos around cancer within the BAME community have ultimately stopped people from speaking out about their ordeals leading to lack of awareness and education amongst their communities around cancer. This lack of awareness has led to these marginalised communities believing they are excluded from getting cancer and in more seriously believing it’s not a “Black disease” which has led to higher mortality rates in some cancers and more often than not late diagnosis’s.

The Black Women Rising project provides invaluable support for BAME cancer patients and survivors- as they undergo scary cancer treatments and experience difficulty in the tricky remission stag, she also advises brands and charities around how to diversify their messaging about cancer in the BAME community.

In its small lifetime the Black Women Rising project has set up the UKs first all Black cancer portrait exhibition that has toured at London’s Southbank, Oxo tower and is due to exhibit at the Tate galley in 2021. It runs an online monthly support group, many pamper events for women of colour, has had our members featured in many cancer awareness brand campaigns such as Stella McCartney, Estée Lauder GHD and Zalando to name a few and now runs a popular weekly podcast telling the stories of their inspirational women.

New projects for 2020 include a FREE 121 phone in counselling sessions and a magazine that we hope to distribute to WOC going through cancer up and down the country.

Any donations of any size would be hugely welcomed x