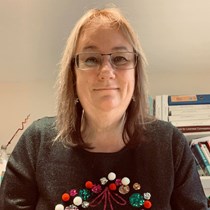 Very briefly I was approached by Mary Taylor BEM (Rustington's Historian) to take on the challenge of transforming the graveyard into the promised Memorial Garden back in 2015.

The graveyard was sold by the Church in the late 80's and purchased by a local Developer, who developed the surrounding land but the graveyard which contained 57 members of the local community – overflow graveyard from St Peter and St Paul's Church in the Village up to 1954, was agreed to be transformed into a Memorial Garden. All they did was bulldoze the area destroying many of the headstone and surrounds.

The land was basically abandoned and eventually reverted back to nature being engulfed by brambles some 20 ft tall and used as the local dumping ground.

The land is now in the hands of the Crown and, therefore, the agreed Memorial Garden will never been fulfilled.

I lived in Brookside all my childhood since 1960 – so took on the daunting challenge of making the dream a reality.

To bring you up to date we have just completed the historical stage of the project, having uncovered all the remaining headstone, grave stones, etc. I have spoken to 13 family units about their relatives and generally brought the history of the forgotten graveyard to life.

In 2019 we were able to start to bring the Memorial Garden to life - the year ended with the Garden achieving a Level 3 Award in the South and South East Britain in Bloom awards, but as 2020 hit, so did Covid 19 and all our plans to create and build the paths to enable the Garden to be open to the public - funding and sponsorship was non existence and all plans of opening ground to a halt.

It is my hope with the continuing support of the community that I will be able to raise sufficient funds to have suitable paths erected on the site and the garden will be open to the wider public to enjoy and relatives of those buried on the site to go and remember.

It will bring a closure to over 60 years of broken promises.

Thanks for your support - however small. Every penny really does help.

If you want to learn more about the project

Chairman of the Brookside Memorial Garden

Founder of Rustington Past and Present