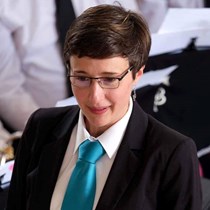 The only remaining Methodist Band in the UK, BMSB has been serving communities in North Colchester and far beyond since its formation in 1896. After housing a century of music making, the historic School Room in which the Band rehearses is in danger of being sold alongside the Victorian Chapel next door, which was built by volunteers from the village nearly 200 years ago.

In December 2019 it is estimated that members of Boxted Methodist Silver Band played to over 5,000 people – a figure unmatched by any other local music-making organisation. What’s more, the Band reaches many lonely and isolated people, for whom the performance of a few humble carols is “the highlight of the year”.

BMSB has a busy diary but, without a home in which to rehearse, over a century of dedication and some truly exceptional performances – including a visit to the Queen’s private chapel in Windsor – could be consigned to history.

We need your help to ensure Boxted Methodist Silver Band survives and can continue to serve the Stour Valley in future generations. The field alongside the School Room has already been sold and the Chapel is on the market. This very real threat is happening now!

Having registered the School Room as an ‘asset of community value’, the Band has until 10 August to raise at least the £145,000 asking price. Donations of any size will help us reach this ambitious sum and secure this unique village treasure for all to enjoy.

Having learned tenor horn from at age of 12, Victoria has been the Conductor of Boxted Methodist Silver Band for just over ten years. This decade has been one of the most remarkable in the Band's history, and we are now working together to ensure the future can be just as bright.