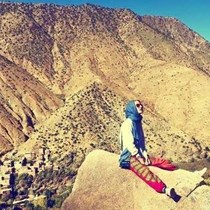 My son (who is a very complicated teenager and mostly just sits in his room ) has a hobby.He likes to fly his drone- which is stolen now.

I bought for Kristof a drone 2 years ago for Christmas to get him out a bit of the house and it worked. He does not really interested in anything, this was the only thing which could moved him out. He made so many videos on the beach and took with him when he visited the family in Hungary. He really wanted a new drone which can fly further.Got some money from grandma and done some works, saved up some extra money so when he sell the old one he can buy the new.

He is selling it for a long time on gumtree. We were really careful, avoided some scammers already.

Kristof was happy that the man wanted to buy the drone. These people were emailing us, texting and messaging through a fake paypal site, and as I never used it before for sell something , it happened.

The drone has been delivered to Leicester and the money never arrived.

I know , i was stupid.I did not know how paypal works.I did not know they don't hold the money until you provide the tracking number from the post.But it's happened. I've reported them to the police...

I was emailing Leicester local police but as action fraud is dealing with the case already they can't do anything.

I even tried to mail these horrible people and ask them to send it back as it's my son's drone. I know it's ridiculous for so many people and i know so many of you just say i'm stupid.Hopefully never gonna happen to any of you.

I still feel sad and still can't belive this can happen, what kind of people are these people.

I do believe in karma, i do believe these people will get what they deserve.

I do believe that there are so many good people in this World as well.

Please help me to collect some money for him to replace his loved one.