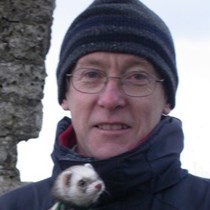 Weʼre raising £1,000 to repair the headstone of my great grandparents, Mary and Frederick Ford.

Frederick Charles Ford (often known as Charles Ford) was a dairy farmer at Radipole in the early years of the twentieth century. Starting at Manor Farm he also farmed at Causeway and Tumbledown Farms. After his wife Mary died in 1930 he lived in Radipole until he died at the age of 89, at Corner Cottages opposite Tumbledown Farm. 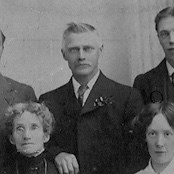 Frederick's headstone is in an overgrown corner of St Ann's churchyard at Radipole. It has fallen over and split in two. A local stone masonry firm has offered to clean, repair and re-erect the headstone, but it could cost as much as £1,000.

Any excess funds raised will be given to St Ann's Church to help with the upkeep of other graves and headstones.