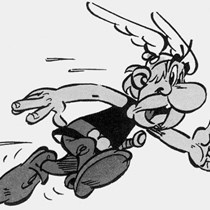 On August 4th 2018, Bob Mason died of IPF. He was a very much loved Dad and Husband.

Idiopathic pulmonary fibrosis (IPF) is a type of terminal lung disease characterised by a progressive and irreversible decline in lung function. IPF scars your lungs and so reduces the efficiency of your breathing. The cause is unknown.

About 5 million people are affected globally. Latest research from the British Lung Foundation suggests about 6,000 people are diagnosed with idiopathic pulmonary fibrosis (IPF) every year in the UK.  Average life expectancy following diagnosis is about four years. 5,000 people die each year from IPF in the UK (Action for Pulmonary Fibrosis). That’s 66% more than died in Road Traffic Accidents throughout 2017.

Despite the large numbers of deaths - and the fact that the number of diagnoses are increasing year on year - the mechanisms underlying IPF are poorly understood and there is no cure.

We would like to raise funds for much needed respiratory research at the Royal Devon and Exeter Hospital, who's dedicated team cared for our Dad. The RD & E has a very strong research department, lead by Dr Michael Gibbons - who, as it happens, was Dad’s consultant.

We are fielding an intrepid cycling team - 'Bob's Bikers' , in memory of Dad, for the BHF London to Brighton Bike Ride on 16th June 2019, we’d love you to sponsor us. Have a look here for more information.

In the meantime, or if you prefer - a donation would be really welcome too - every single penny raised (once Just Giving have taken their 5%) will go to fund vital research at the RD&E into this horrendous disease.

I'm doing this because I knew very little about the disease Dad was diagnosed with (deliberately) - but since he died I have been shocked to learn about the numbers of deaths, the sheer amount of diagnoses and the lack​ of​ understanding about the disease.