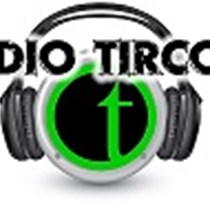 Radio Tircoed 106.5FM is a community radio station serving Tircoed, Penllergaer, Pontardulais, Gorseinon, Pontlliw, Llanelli and surrounding areas in the north west of the City and County of Swansea, Wales.

The station, which broadcasts from studios at the Tircoed Village Hall, was founded in 2005 as a Restricted Service License (RSL) station, transmitting on 87.7FM during certain times of the year, usually in June or July (the run up to the Tircoed summer fete) and during the Christmas and New Year holidays.

Radio Tircoed's first transmission took place from December 2006 to January 2007, and on 13 February 2007, the station was given permission by OFCOM to broadcast 24 hours a day on a permanent basis

The station began full-time broadcasting on Monday 1 December 2008 at 8am on 106.5 FM - the first song played was Start Me Up by the Rolling Stones.The station is run by a core staff of over 40 volunteers. Programming output varies throughout the day with various music-led, talk and feature programmes alongside specialist output in the evenings and at weekends, sports coverage and weekly programmes in the Welsh language.

The majority of the station's output is locally produced and presented, although some late night programming is syndicated.Radio Tircoed also maintains a presence within the community, in its immediate transmission area and in the wider sense, by providing audio facilities for community events such as village fetes, dog shows and concerts.

Radio Tircoed can also be heard worldwide via the TuneIn app or our website www.radiotircoed.com

The station is about to enter its third 5 year term of broadcasting.